The Third Reich and the power of fiction 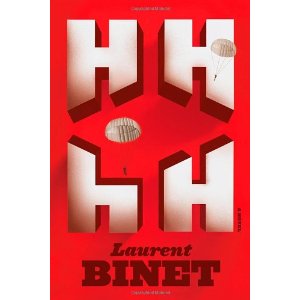 The heated battle began shortly after World War II. As artists turned to the horrors of the war, the moral question turned to the appropriateness of using those events as fodder for creativity. Can any piece of art contribute more meaning to what is so monstrous an act? Is it not exploitation to plumb horror for personal gratification, even perhaps personal gain? Is a piece of fiction not disrespect, if not a defilement, of the suffering of millions? Why fiction when the real thing is available?

HHhH was the SS name for Heydrich —Himmler’s brain is called Heydrich, referring to Heinrich Himmler. Heydrich was assassinated in 1942 by a Czech and a Slovak whom Binet calls “discreet” heroes. Heydrich is the target; they are the protagonists of Binet’s narrative. He wants to imprint “the mark they’ve made in history and on my memory” on these pages, in hopes that will “restore some of their reality, and not just vulgar plausibility.”

He takes on the task with trepidation, as remarked above, bowing down “before the limitless and nefarious power of literature.”  He professes to abjure invention. After all, he says, “What would be the point of ‘inventing’ Nazism?”  At the same time, he rejects creating a “historical document,” a pedestrian recitation of events. He has set himself a sizeable problem.

His narrative scheme borders upon sheer genius. Both the writer with passion and the narrator constrained by his conscience, he brings the progress of his protagonists to constant examination, as they escape from Europe, train in England, then parachute back into Czechoslovakia. Using emphatic, short sections, he brings tension and suspense to the progress, then turns around and says in one instance, “That scene, like the one before it, is perfectly believable and totally made up.”  He says what might have been said, or what was said, and then proposes what he would like to have said. He considers the criticism of his partner who chides him “What do you mean, ‘The blood rises to his cheeks and he feels his brain swell inside his skull’ you’re making it up!”  He worries about who supplied the heroes’ clothes, what happened to the women they took up with, what Heydrich was thinking — and then he doesn’t use any of it. But — by bringing to our attention what he is doing, he heightens our engagement with what was done. He leaves those details for the reader to provide, where a more quotidian writer would have filled them in. The reader is his collaborator.

In spite of our foreknowledge of the outcome, Binet still brings the action to a fever pitch at the finale. His passion, his commitment and his skill come through in the brief moment during the attack when he switches just for one sentence to first person as one of the collaborators, and confuses the date of the attack moments later with the day he is writing it. These nuances, aided by an unobtrusive spot-on translation, do nothing to impede the action, nothing to violate the premise he has set himself, but everything to make this a book of note. Binet may not have changed the historical novel, but he may have changed the way we think about it.