The swans and their darling 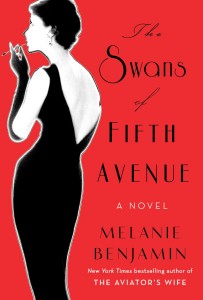 Think of Truman Capote not as he was in his later years: dissipated, bloated, outrageous, abusing drugs and alcohol, given to public breakdowns, unable to complete a novel.

Think of him instead as slight, blond and young, almost childlike, openly gay, flamboyant, full of life, a literary and social phenomenon. That’s how Capote was when he became the darling, almost the pet, of the glamorous women at the pinnacle of New York’s high society – women he called his “swans.” To Gloria Guinness, C.Z. Guest, Pamela Churchill and Slim Keith, Capote was almost one of the girls, a fun and nonthreatening playmate and confidant who enjoyed gossiping with the best of them.

To the most glamorous swan of all, Babe Paley, the wife of CBS founder and chief executive William S. Paley, Capote became even more. While to most of the world, the wealthy, beautiful and exquisitely clad and bejeweled Babe Paley might have seemed to have it all, there was one thing she lacked and desperately wanted. And for years, Babe Paley found Capote to be her “True Heart,” the one person who knew and loved her for what she was, not for what she so painstakingly displayed to the world.

In her new novel, Melanie Benjamin is working with a wealth of historical material, as she details in an informative Author’s Note. A great deal was written about Truman Capote from the time he arrived on the literary scene until his death at 59 in 1984. He wrote for The New Yorker and other magazines, and he was written about in newspaper gossip columns and in magazines. Books have been written about him. He was a favorite on late-night TV shows.

Dealing with real historical figures about whom much is known is nothing new for Benjamin. In earlier novels, she’s tackled the eyebrow-raising relationship between Charles Dodgson (aka Lewis Carroll) and Alice Liddell, the child who inspired Alice in Wonderland; Anne Morrow Lindbergh, the wife of the famous aviator and an accomplished writer; and Mrs. Tom Thumb of circus fame. Once again in The Swans of Fifth Avenue, she deftly combines what is known with what she imagines about conversations and emotions. Her beautifully written story gives readers a more intimate view of Truman Capote, Babe Paley and their glittering circle than any gossip column or newspaper article of their times could have done.

This novel is, if anything, more fascinating than its predecessors, because it deals with a more recent era – an especially fascinating era, the United States in the 1960s and ’70s. Capote’s hit novella, Breakfast at Tiffany’s, was published in 1958 and made into a movie, complete with its theme song “Moon River,” in 1961. His masterpiece, the “nonfiction novel,” true-crime saga In Cold Blood, was published to great acclaim in 1965 and made into a movie two years later. When Harper Lee’s Go Set a Watchman was published last year, we were reminded that Lee, the reclusive author of To Kill a Mockingbird, was a childhood friend of Capote’s in Monroeville, Ala., and that he was her inspiration for the character of Dill. It’s also well known that Lee, whom Capote knew by her first name, Nelle, worked with him on In Cold Blood, and that their friendship suffered from his failure to acknowledge the extent of her contributions. He hobnobbed with Frank Sinatra and other movie stars, not to Katharine Graham, the Kennedy women and many other rich, famous and powerful people. The Black and White Ball he threw at New York’s Plaza Hotel in 1966 was one of the most famous society parties of the decade.

It’s also not news that Capote eventually fell from grace, largely because of a scandalous short story, “La Côte Basque 1965,” that appeared in Esquire in 1975, and was supposedly the first installment of his next grand novel. Drawing on real-life material his swans and others had confided in him in happier times, he made little or no effort to disguise the identities of those whose secrets he was exposing. As a result, he was largely ostracized as his downward spiral accelerated.

Benjamin’s fascinating novel is anything but a rehash of what’s already known, however. Instead, her well-grounded imagination gives us the very human stories behind the headlines and gossip-column snippets. Benjamin employs her considerable genius and empathy as she makes us understand, like and sympathize with the wealthy and privileged Babe Paley and the often outrageous, narcissistic and offensive Truman Capote.

This is a fascinating novel, an unusual combination of high-society gossip and insights into the profound human yearnings that transcend even wealth and fame.