I don’t know how Anne Perry does it.  She keeps her two very good Victorian England series going, plus her annual Christmas novel and the occasional foray into some other historical territory. Here are brief reviews of her latest novels in the William Monk series (from late last year) and the Charlotte and Thomas Pitt series. 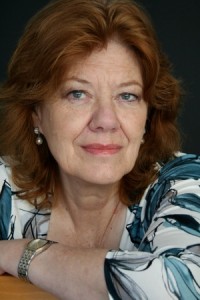 One note: The two series, though both Victorian, depict quite different times in England.

The William Monk books, set in the 1860s, picture a gritty London with many people living in poverty and crime.  Monk’s job with the Thames River Police, and the work of his wife, Hester, at a clinic for prostitutes and other poor women, yield much insight into the evils of that society.

The Charlotte and Thomas Pitt novels have moved into the waning days of the 19th century. Charlotte’s upper-class background and Thomas Pitt’s new job as head of the powerful Special Branch provide insights into the upper levels of government and society.  In this latest novel, musings about the age and health of Queen Victoria, and worries about the military, international relations and treason, remind us that not many years passed between the death of the queen and the start of World War I – with all the changes that terrible conflict brought. 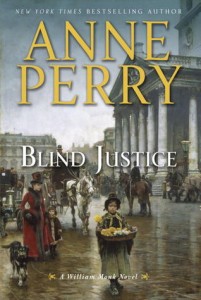 When Hester Monk learns about a preacher who seems to be taking financial advantage of members of his congregation who can ill afford it, she, true to form, sets out to see what’s going on.

Before long, the preacher finds himself on trial for extortion, with the Monks’ friend, Oliver Rathbone, newly appointed to the bench, presiding.

What originally seemed pretty clear-cut surprisingly develops into something much more complicated, and Rathbone makes a decision that plunges him into trouble.

William and Hester try to do what they can to make sure their friend’s career and life are not ruined – and that justice is served.

As she so often does, Anne Perry tells a good story while probing the intricacies of human nature. What happens when what is legal and what is just are not the same? What are the consequences of errors in judgment, however good the intentions? What is the price of revenge, and the worth of forgiveness? Moral dilemmas are Perry’s specialty.

This is a compelling story. 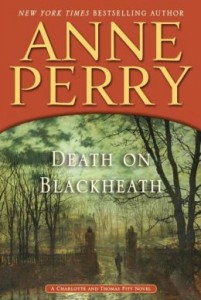 Thomas Pitt’s elevation to the head of Special Branch has meant many changes in the family’s life. Pitt must deal discreetly with cases that could affect the security of the British Empire, and with people who look down on him because he was not born a  “gentleman.” His wife, Charlotte, and her sister, Emily, are rarely able to indulge their fondness for dabbling in detection to help with his cases. About the best they can do now is arrange social engagements and keep their eyes and ears open.

Unexpectedly, Pitt finds himself investigating two cases that seem more like what he dealt with when he was a regular policeman. One is the disappearance of a lady’s maid, with evidence of violence outside the home where she worked. A few weeks later, the mutilated body of a young woman with similar characteristics is found near that home.

The reason Pitt was brought into the case is that the master of the house where the maid worked is Dudley Kynaston, an important expert in naval weapons.

Was Kynaston involved in the maid’s disappearance, and if so is he vulnerable to blackmail, or worse? Or is someone trying to frame Kynaston, and if so, what does that mean for national security?

Charlotte and Emily do get involved on the periphery, making some astute observations. And Pitt calls on Victor Narraway, his former boss at Special Branch, and Lady Vespasia Cumming-Gould, the longtime family friend who knows as much as anyone about the workings of London’s upper crust. He also relies more than ever before on Stoker, who works for him and has increasingly merited his trust.

Once again, Anne Perry provides a page-turner rich in the history and atmosphere of its time. And once again, her characters make important decisions that involve justice and the possibility of redemption.