The prim, the proper, the depraved

Most of us know, through Charles Dickens or other sources, something of the seamy side of Victorian England and how difficult life was for the poor people of the day. Anne Perry’s two outstanding series of historical novels set in that period also shed light into some of the darker corners of life among the upper classes. This book is the latest in the Thomas and Charlotte Pitt series. 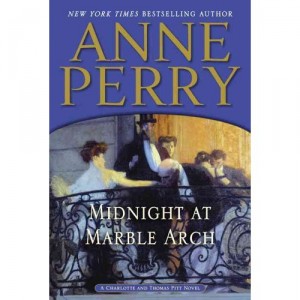 A few books ago, author Anne Perry moved her character Thomas Pitt from his job as an ordinary London policeman to Scotland Yard’s relatively new Special Branch. Further developments have resulted in his elevation to head of the branch, a job that involves him in matters of national security and brings him closer than he sometimes wants to be to London’s movers and shakers.

His wife, Charlotte, who moved down the social ladder to marry him, has long taken a keen interest in his cases and helped whenever and however she could, in ways that enhance the charm of the series. Charlotte’s social graces and connections become increasingly important as Pitt navigates this dangerous new world where it is maddeningly difficult to tell friend from foe, right from wrong.

Thomas and his former boss at Special Branch, Victor Narraway, as well as Charlotte get involved in a particularly shocking case. The wife of a wealthy banker is found at her home, dead of an apparent suicide after having been brutally raped. Why did she let the rapist in and dismiss the servants? Strictly speaking, this case seems to have nothing to do with Pitt, but he has compassion for those involved as ugly rumors circulate about the woman and a man with whom she had been friendly.

Then a young woman whose father is the Portuguese ambassador to Britain suffers a terrible fate, and the Pitts are drawn into that situation as well.

The realization that their daughter, Jemima, is developing into a young woman who soon must navigate Society is never far from either Pitt’s mind.

The investigations and the plot take complex turns as the story builds to a dramatic courtroom showdown.

Anne Perry has written another fine mystery, tackling a social evil that was difficult to deal with in the Victorian era, even as it is in our own. She knows her subject well, and works historical figures and situations deftly into her novels. And, as usual, Perry presents her characters and the reader with challenging moral and ethical considerations, never making the right path unrealistically easy.

This entry was posted in Historical Fiction, Mysteries and tagged Anne Perry, Charlotte and Thomas Pitt, Midnight at Marble Arch. Bookmark the permalink.