Aesthetics vs. pragmatism – what really matters?

Bob Moyer is back, taking a thoughtful look at a novel that depicts the travails of Germans and others caught up in the horrors of the cataclysm that was World War II. 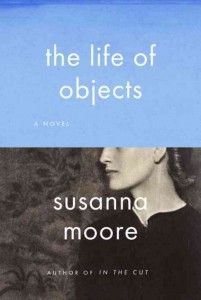 Beatrice, a bright young Irish girl, yearns to escape her small village. Besotted with the world revealed in books tendered by an indulgent teacher, she wants to join that “…place of strangeness, ruled by chance, which makes it difficult to maintain our certainties.” She gets that, and then some, when an unlikely fairy godmother appears. A visiting countess encounters some examples of Beatrice’s exquisite lace and proposes Beatrice enter the employ of a family in Berlin. Beatrice accepts, and boards a train for what she thinks will be heaven.

Of course, this is 1938, and she will end up in hell. Until then – 1945 – she is the eyes and ears that report the details of an uncommon narrative, one not of Jewish victims or German perpetrators, but of German people caught in a cataclysm not of their making. Even from the very start, the clouds of war appear on the horizon, and the distant rumbling can be felt even in the elegant dinner parties Beatrice plays a part in – does he spy for the Gestapo? Does she harbor a Jew? Does he use prisoner labor? Beatrice guides us through the crumbling of German society, and the failing fortunes, both fiscal and physical, of the aristocratic Metzenburg family. As they descend through the strata of society, the author lavishes her tale with meticulous detail. From Berlin to a country house and finally to the woods with other refugees, The Life Of Objects changes drastically from an aesthetic one, to a pragmatic one. No longer is that old master painting valued for its beauty but for how many more weeks of freedom from imprisonment it can purchase; that tapestry doesn’t look nearly as beautiful as the bags of potatoes that it provides.

Nothing during the war, however, can match the atrocities that follow. During the war, they were German citizens; when the Russians arrive, they become subjects, and subject to violations. Beatrice is raped.

This brutal act reveals the shortcomings of an otherwise admirable piece of writing. The author brings painstaking research, evocative detail and historical context to the page, but she doesn’t bring the page alive. The sum of the effect, our empathy for the character, must be more than the parts. That does not happen here. Beatrice’s tragedy does not enter our hearts; it lies flat on the paper. The reader finishes this book educated, but neither enlightened nor engaged.