Does Spenser really live on?

Here’s another review Bob Moyer sent along during his sabbatical in Europe. He’s a longtime fan of Spenser as created by the late Robert B. Parker, so you know he read with a discerning eye the first Spenser novel to appear since Parker died in 2010. 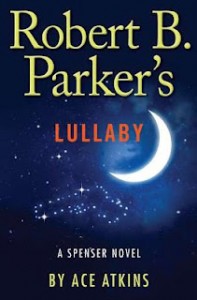 “Eek!” smirks Spenser when a dirty FBI agent threatens him. Heaven, he thinks when he smells the “musty old wood, hot dogs and stale beer” inside Fenway Park.  “Yowsah!” he exclaims when Susan steps out of her towel.  “Don’t fire until you see the whites,” quips Hawk as they head out to manhandle some tough guys.

Yep, all the parts are there in the first Spenser novel since the Parker estate parceled the series out to Ace Atkins. Spenser and his sidekick Hawk still bounce politically incorrect banter and bad-guy bodies around; Susan and Spenser still discuss his case and her anatomy in detail; and he still sends erudite witticisms sailing over the heads of unwitting criminals.

Do the punch lines pack as much power as they did coming out of Parker’s pen? Does the simmer between Susan and Spenser have enough heat to turn into the sparks Spenser fans are used to? And does Spenser still have the hots for the underprivileged, the downtrodden, and, in this case, the underage?

The answer is a sound yes – not a resounding one, but a sound one.

Atkins has successfully sustained the series by putting the right passion in the proper places. Spenser takes on teenage Mattie as a client for the fee of a box of doughnuts. Someone murdered her mother when Mattie was 9, and now she wants to find the guy who did it. It’s not the guy in jail.

Parker soon discovers two things – the police botched the investigation, and Mattie comes in a close second to Hawk when it comes to being a smart-mouthed sidekick. In spite of his protestations, she tags along as he tracks down the real criminals. Those tracks head him deep into the Boston underworld, and into the danger in those seedy neighborhoods. A mob kingpin and a dirty FBI agent do everything they can to keep Spenser away from the truth, including endangering Mattie’s life. That’s their big mistake; with a little back-up from Hawk, Spenser once again makes the world safe for little old ladies, teenage wiseacres – and all those fans worried that they wouldn’t hear from him again.

One response to “Does Spenser really live on?”