A thought-provoking new look at the Father of Our Country

We all know that our Founders were devout, practicing Christians favoring small government and no taxes, right? Guess again. Or better yet, read Paul O’Connor’s review of a new biography of George Washington on Briar Patch Books. 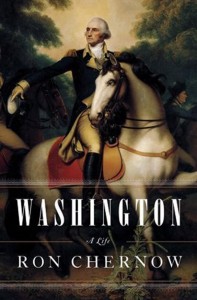 Were “the Father of Our Country” to be resurrected today, he’d likely be viewed as a “big government liberal” by the Tea Party. Not the real tea partiers whom Gen. George Washington liberated from British tyranny in 1776, but the Tea Party Wannabes who have devised a version of the national founding that differs considerably from the historical record.

Washington would earn this derision because he did favor big government, seeing a small federal government and strong state governments as a recipe for unending bickering among the states and an invitation for the British, French or Barbary Pirates to have their way with us, piece by piece.

And he favored big spending, too, thinking it wise to have a standing army to defend the country and a strong navy to protect our sizable interests at sea. He favored the building of roads and bridges to speed communication and facilitate commerce. He saw good government-built roads to the West as a way to tie those regions to the Union rather than to the British in Canada or the French and Spanish to the south and west.

Here’s another damning bit of evidence against the man: He believed in paying the nation’s debts with taxes if needed.

He was an elitist, too. He read books, wanted the best education for the young people in his family and this country, and found money to underwrite a college.

Washington would have also been blasted for being soft on immigration because he sincerely wished to solve the Indian problem on our Western frontiers. Oh, that’s right, we were the immigrants back then.

Finally, he was clearly a womanizer, enjoying his role as the center of attention with young women whenever there was a party – in his diary he actually recorded the number of women at each – and he maintained lifelong friendships with several married women. That there is no evidence or indication that he actually fooled around with any of these women clearly would not be admissible today.

What the above rant by this reviewer demonstrates is that it is difficult to read Ron Chernow’s exhaustive Washington biography without seeing his life in the context of today’s political debates. And it is almost amusing to see what the accomplished historian provides as fact compared to the version of the country’s founding that is presented by today’s political right.

(Glenn Beck has a new book – “Being George Washington: The Indispensable Man, as You’ve Never Seen Him.” Beck’s photo dominates the front cover, not Washington’s. It’s probably better to go with the Chernow version of Washington, the way real historians and not Tea Party Wannabes see His Excellency.)

Washington, some may not know, was not a devout Christian and did not believe in state-supported religion. It appears that he believed in God, or something akin to a god, but a historical record of a strong allegiance to a particular church does not exist. To the contrary, he showed respect for all of the young country’s religions, setting an example for something called “e pluribus unum” in the process.

This biography was published last fall, and any reader could be excused for needing the intervening year-plus to get through its 817 pages of tiny print. While Chernow is an entertaining writer with a great story to tell, his compilation of detail is enough to tire anyone’s eyes. At some point, one does begin to question the value of detailed knowledge of each of Washington’s closest slaves. Hence, to tackle this book is to truly enlist for the equivalent of a Sunshine Patriot’s tour.

Nonetheless, it’s a fabulous read with a good many topics this regular reader of Revolution-era history did not know – maybe the most interesting being that the general did not favor an advance against Cornwallis in Virginia in 1781, preferring the liberation of New York.

Thank God the French overruled him on that. Oh, and add that to the list of reason’s today’s Tea Party would despise Washington: He preferred the French to the British during the war.

P.S. A poll conducted by North Carolina’s Public Policy Polling recently showed President Washington with an 86/3 favorability/unfavorability rating with the American public today. That might be enough good news to coax the man to run for a third term – if he should rise from the dead, that is.