A chase with a twist

In advance of his homecoming from his European junket, Bob Moyer has been sending book reviews.  I’ll have to reward him with more books when he arrives stateside. 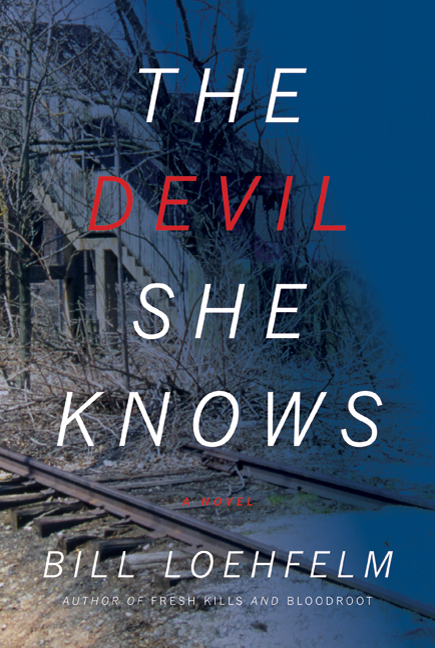 By page 43, both the bar maid Maureen and the reader know who the devil is, what he’s done, and what he will do to her.  None of it is good.  A tough little package who “can smell bullshit before it turns the corner,” she’s trying to extricate herself from a cycle of bar jobs, booze, and the occasional snort of cocaine. She doesn’t want to be a “lifer,” as her boss refers to her. One night, she unfortunately sees him do something she shouldn’t see to someone she shouldn’t have seen. The next thing she knows her boss is dead and she’s pretty darn sure she’s on the list. She spends the rest of the book trying to escape the inevitable.

It is a bit daring to divulge so much so early; author Bill Loehfelm now has 279 pages left to sustain suspense in this, his third novel. He has also taken on the challenge of a female persona as his protagonist. The reader is constantly alert to any gender misstep he may make. With some good writing, he manages to meet both challenges; he maintains suspense, and makes no missteps, at least in this male reader’s eyes.

The Devil She Knows is a powerful politician; Maureen’s just a peon whose disappearance wouldn’t even register. It’s a classic chase tale with a twist, complete with the requisite world-weary cop who is the only one who believes her. It seems he has his own particular history with this particular devil. As the hunt intensifies, and the killer gets closer to his “little red-headed angel of death,” as he calls her, she realizes she can’t depend upon the cop, “…that no one else could protect her better than she could protect herself, not even him.” That decision hurtles her toward a fatal conclusion.

The twist here that takes the book a level above other chase tales is Maureen’s struggle to escape not just the murderer, but also the deathly life she’s been leading. Danger drives her to deeper contemplation of that mundane state:  “… Maureen thought now of her fire-escape bird feeder, of the dull procession of starlings and sparrows that formed its insistent clientele. Those plain birds reminded her not of jewels or peacocks but of bar patrons bunched together over drinks and drafts, their ears attuned to every sound, their nervous yellow eyes glancing over their shoulders for the next threat to their precious perch.” With some excellent writing, Loehfelm leads her to a solution of her struggle. It’s a solution that satisfies, and even suggests a possible sequel.

We can only hope.

This entry was posted in Mysteries, Thriller/Suspense and tagged Loehfelm, Mystery, suspense. Bookmark the permalink.