When reality isn’t real – or is it?

Steve Wishnevsky of Winston-Salem has seen the future in a fascinating new book. Read his review and see how brave you feel about the new world that awaits us. 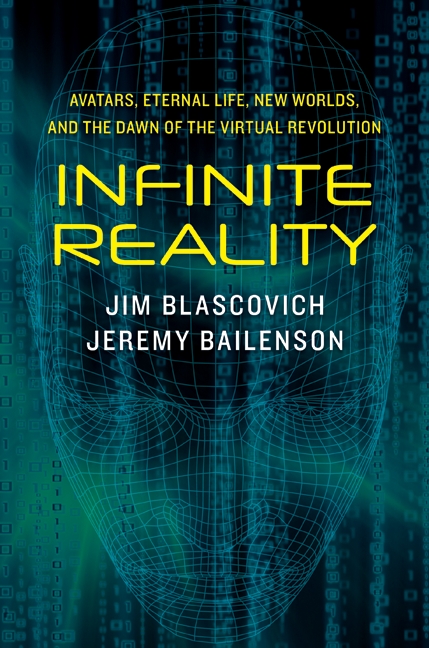 Haptic teledildonics? That’s just one of the many new, earth-morphing new terms included in this book. You could usually say that a book delineates a new technology that will revolutionize some part of all of our lives, but Infinite Reality has a much larger canvas. Infinite. Reality. Two largish concepts.  Together? Hard to even think about.

This book concerns itself with the growing institution of Virtual Reality, in all its ramifications, or at least all the ones the authors can cram into one little volume. They have a broad brush. They consider all art, literature and drama as Virtual Reality, of one sort or another, and see all these media as merging into a seamless web that will redefine, not only humanity, but also reality itself.

“Sounds like the movie The Matrix, you say, and indeed the authors refer often to that work, and many other science fiction classics such as William Gibson’s Neuromancer, Neal Stephenson’s The Diamond Age and many others. It is their contention that these works are prophecies in the process of being fulfilled. Although Virtual Cyberspace is a crude thing at this time, millions of humans spend a majority of their time in “Second Life” “Worlds of Warcraft” “Elfquest” and playing interactive video games such as “Halo.” People have died, literally letting their physical bodies elapse, while their minds were off in some other universe.

Another thread: The neural/cyber interface, the hooking of a human’s brain directly to electronics, is becoming more practical every hour. Prosthetic limbs and sense organs are being connected directly to human nervous systems. Devices such as Wii and Kinect are making keyboards and joysticks obsolete. Movement of avatars in cyberspaces is becoming instinctive.

Yet another: It has been possible to so map a human being, an actor, for example, as to create a digital copy of that human on screen, indiscernible from the real actor in real film footage. Orville Redenbacher died in 1995, but he still appears in new commercials. The authors state that, given a few hundred photos of a given person, a digital copy can be created and made to perform any action on film. This should have immediate application in politics. Imagine that three days before an election, the front-runner is seen worshiping Satan, or having sex with a you-name-it. End of election.

I could go on, but read the book. It is almost too well written, the simplicity and flow of its prose belie the gravity of its data. Just read the damn thing. Be afraid. Or elated. Whatever. Brave New World looks like See Spot Run after this slim volume.