One of the best

Before he roared off on a motorcycle, in a cloud of dust and exhaust fumes, Bob Moyer left us a review of a book by and old favorite. 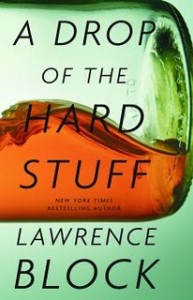 Lawrence Block’s Matt Scudder, who has walked down many a mean Manhattan street, notices a shop full of tourist gewgaws on this particular one.  Back when he was a cop, back when he was still drinking, he bought a suit in that location, a clothing store that catered to cops. “Something’s there, and then it’s not,” he observes – the shop is gone, in the past, like his job, his drinking and the premise of this novel.

Scudder doesn’t sit around in bars much anymore, but one night he’s sitting with someone Scudder fans will remember in a place they will recognize – Mick Ballou, in Grogan’s Bar.  Grogan’s is now an upscale bar in the trendy meatpacking district, and Mick is a career criminal gone corporate.  When Mick asks whether Scudder has ever wondered what if his life had taken another path, Scudder answers with a tale that takes us into his past for 306 pages.

He starts with his old neighborhood and a kid he knew named Jack Ellery.  He lost track of the kid, and years later he catches him in a line-up from the cop side of a one-way mirror.  The guy gets out of that one but spends time in prison.  Somewhere near the first year of his sobriety, Scudder runs into the guy at an Alcoholics Anonymous meeting, where “There’s no charge for the seats,” but that’s because “you pay for them in advance.”

They took two different paths – and Ellery’s been sober longer.  This time period is full of tension in Block’s seminal series, as Scudder transitions to sobriety. Block wrote some of the best books during Scudder’s fictional struggles, and this one stacks up well against the best of those.  Ellery has gone gungho for the program, working with a “step Nazi” sponsor who is pushing him through the AA steps of sobriety.  He wants to engage Scudder, but Scudder isn’t much for socializing; he avoids Ellery at meetings and manages to miss his calls.

Then the guy ends up dead.  Scudder ends up taking on the sponsor as a client, because the sponsor thinks he pushed Ellery too hard on the step where the alcoholic makes restitution if he can – the past revisited.  The sponsor thinks that someone Ellery tried to make things right with murdered him.  Scudder takes a trip through the dead man’s past, looking for the guy he did wrong who did him in.

The trip takes us into the past as well, a place where things were that no longer are: pay phones and a pocket full of quarters, single-room occupancy hotels and phantoms that threaten Scudder’s tenuous sobriety.  A master of the hard-boiled genre, Block brings double tension to Scudder’s journey – will he find the murderer? Will he drink again? Not the least of the appeal here are the hints of Scudder’s intuitive process, where things that appear on the edge of his attention creep into consciousness on the way to his conclusions. No one writes this stuff better; no one has done it more often than Lawrence Block.    A Drop Of the Hard Stuff will satisfy fans as well as first-timers.

1 Response to One of the best