Zombies, a giant snake and a Plum good story 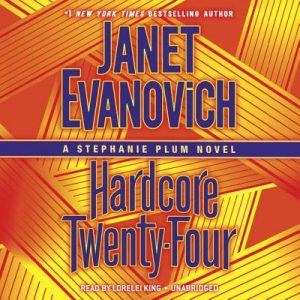 How does she do it? This is No. 24 in Janet Evanovich’s Stephanie Plum series, and it’s just as outrageous, hilarious and entertaining as any of the 23 that came before.

Stephanie’s still working as a bounty hunter in Trenton, N.J., hauling in people who jump the bail that was supplied by her Cousin Vinnie, a bondsman. She’s still living in her apartment with her pet hamster, Rex. She’s still anything but the stereotype of a tough bounty hunter, and, as often happens, she’s pretty much broke. Her relationship with Joe Morelli, a cop, is getting a little more serious, but that doesn’t mean she isn’t still attracted to Ranger, the handsome man of few words (mostly “Babe…”) who owns a private security company and often comes to Stephanie’s rescue when she’s in danger or her current vehicle has been destroyed in one way or another. Lula, the colorful former “ho,” is still her sidekick, and Stephanie’s nearby family still drives her crazy even while frequently feeding her and helping her in other ways.

But, these familiar elements all just add to the fun as Stephanie deals with much that is fresh, inventive, wacky and sometimes dangerous in her latest outing.

First, her soft heart gets her into trouble. When she tries to haul the grave robber Simon Diggory back to jail, she agrees to his demands that she look after his pet boa constrictor, Ethel, even though she and Lula are decidedly not fond of large snakes. Adventures ensue as she tries to corral Ethel and keep her fed.

Then there seem to be zombies everywhere, stealing heads from corpses and even murdering people in order to extract their brains. Morelli’s latest case and Stephanie’s county hunting begin to overlap.

Then Diesel, who’s extremely good-looking but troublingly mysterious, reappears in Stephanie’s life – and in her apartment. Despite Morelli’s objections, Stephanie gives in to her soft heart again and lets Diesel stay. Although, really, since locked doors don’t stop him and he doesn’t take “no” for an answer, she has little choice. But is Diesel somehow connected with the weird and increasingly scary things that are happening around town?

You get the picture. This book is pure fun. Lorelei King – who sounds exactly the way Stephanie should sound, not to mention Lula, Ranger, Grandma Mazur and all the others – brings the audio version vividly to life. Hang on!