The chase is on

This new book by one of Bob Moyer’s (many) favorite authors came out late last year, but we’ll forgive him for not getting around to reviewing it until now. 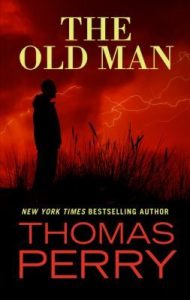 The Old Man looks like a harmless retiree, having lived quietly in the small Vermont village for 19 years now. He’s a familiar sight, walking Dave and Carol, the two dogs he picked up after his wife died. A calm, idyllic life — until his past appears in a silver Subaru with a pistol on the passenger seat.

Within hours he has killed an intruder and taken to the road with his “bug out” kits, complete with fake ID’s credit cards, pistols — and the dogs. Back when The Old Man was a young man, he was a special ops who delivered money to American “friends” in Libya. After he found out how corrupt one of these friends was, he took the money back. When he returned to the U.S., his agency wanted him, not the money. He had been on the lam successfully ever since — until now. No matter what he offers or to whom, that “friend” apparently wants him dead. So the chase is on.

No one is better at these chases than Thomas Perry. Sometimes it’s the hero who chases the villain; sometimes it’s the other way round. In this stand-alone novel (Perry does a number of series), he gives us both. In an interesting twist, the hunt for The Old Man is engineered by a veteran of the Afghan conflict, a young special op as good as his prey — and as principled. Will the kid catch the old guy?  If he does, what will he do?  That tension and the tricks The Old Man pulls to hide in plain sight keep the pages flipping.

Car crashes, a chase through the snow, a couple of plot twists and a turn-around at the end make this a most satisfying read. Perry shows us you don’t have to teach an old dog — er, man — new tricks to make a story work.

This entry was posted in Mysteries, Popular fiction, Thriller/Suspense and tagged The Old Man, Thomas Perry, thrillers. Bookmark the permalink.