A most misunderstood president 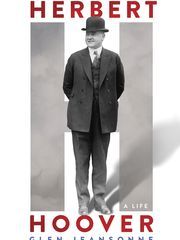 The surprise lies in aspects of the 31st president’s life on display in his hometown but taught neither in our schools nor on the History Channel.

To the extent that many of us know of Hoover, it is likely for one of these three things:

He was president when the stock market crashed in 1929.

He lends his name to the “Hooverville” encampments of the Great Depression.

He made a pretty good vacuum cleaner.

That third item isn’t true; he had nothing to do with the Hoover vacuum cleaners.

As you tour the small museum, you will discover that, in the words of Glen Jeansonne in this 2016 biography, Hoover was the “most versatile American since Benjamin Franklin.”

A small town boy orphaned at 10, Hoover was sent to Oregon to live with an uncle. In one of those Horatio Alger stories that America once appreciated, he graduated from Stanford with an engineering degree, worked as a coal miner, started as a typist in an engineering consulting company and within two years was its owner’s right hand engineer.

A British mining company sent him to Australia, where he introduced new techniques to mine previously considered exhausted sites, reaping huge profits and sizable rewards for himself. Then the Chinese made him their chief mining engineer, and during that time he was caught in the Boxer siege of Beijing.

By the time he was 30, Hoover was considered the foremost mining engineer in the world.

By 1914, at the age of 40, he was ready to take on new challenges. A wealthy man, he led the international effort to feed the starving Belgians during World War I, and after America’s entry into the war in 1917, to head food production efforts in the U.S.

After the war, as probably the best-known U.S. commerce secretary in history, he led both his department’s modernization and hunger-relief efforts in Russia. After World War II, President Harry Truman would ask him, as the world’s most accomplished food relief administrator, to help feed starving Europeans.

Jeansonne says that Hoover probably saved more lives through these relief efforts than any other person in human history.

So, if all we knew about Hoover was related to the Depression, we obviously missed a lot. And maybe what we know about Hoover’s presidency isn’t totally accurate, either.

Hoover was very conservative, but not in the vein of today’s Tea Party reactionaries. He made many efforts to put people back to work, but most involved the private sector. He hoped business policies could do the job. Contrary to popular perception, Hoover did increase government infrastructure spending in hopes of increasing employment. But it wasn’t enough, and Franklin D. Roosevelt crushed him in the 1932 elections.

Jeansonne has written an engaging biography, one that reintroduces us to a man previous generations of Americans knew well and for a long time.

The Hoover we think we know was cold, heartless and inflexible. The Hoover we meet in these pages, or in the West Branch complex, is just the opposite.