Dark corners in the heart of North Carolina

Bob Moyer reviews the latest thriller by John Hart, a fine North Carolina author. I scooped Bob by a few months: You can see my review of the same book that ran May 8 in the Greensboro News & Record here:

Fortunately, Bob and I agree in our praise of the novel. 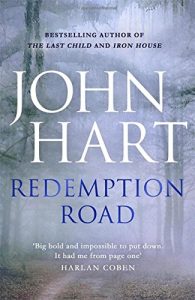 “…bad men and the things that happen in dark houses” haunt the tough young woman cop. An ex-cop, convicted for a murder he didn’t commit, gets out of jail, only to get arrested again. Two children, one poor, one privileged, are in peril. A serial killer not even in the public consciousness comes closer to his intended victim with each turn of a page.

And it’s all happening in Rowan County, North Carolina.

Or, at least, some place that looks very much like that countryside. Author John Hart has written a lyrical piece on the Web about that part of the world and its place in his writing: “I no longer live in North Carolina, but I set my books there, and when I close my eyes it’s what I see: Salisbury and Rowan County, the people and the land and the long, forever river.”

There’s another side to the county as well, a cityscape where “…the east side of town was paved with empty factories and broken dreams.” Hart moves us through this landscape on plot twists and turns that make a verb out of the noun “maze”: The ex-cop gets out of jail only to be confronted by the son of the woman he didn’t kill, a boy cared for by the female cop, whose life was saved by the ex-cop, so she became a cop — and we’re not even out of the first 50 pages.

As the narrative careens around corners, it may go up on two wheels, but Hart never loses control or the reader. He stays busy injecting subplots right up through the denouement, and he manages to get every major character into the grand finale. It’s a blistering, bloody read that will make you think about getting his next book, but also make you think twice about taking the I-85 exit to Salisbury on your way south.