From morning sickness to mortal danger

We’re all blessed when Bob Moyer takes time out from his world travels, drama, poetry and petanque to review some books. 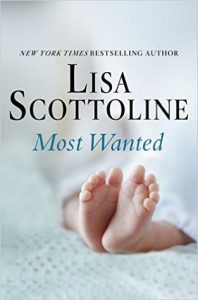 None of them were ever pregnant, either.

Lisa Scottoline’s Christine Nilsson does all three of the former, and is the latter. She may be the first elementary school reading specialist in the history of mystery to become an amateur sleuth. After years of trying to get pregnant, she and her husband decide to use a sperm donor. At her retirement party, she glances at the TV screen in the teacher’s lounge, and sees the picture of a suspected serial killer —who looks like her sperm donor.

Now, two mysteries immediately emerge. First, is he her sperm donor?  But, second, since this is page nine, how can the author possibly come up with enough obstacles to that question’s answer to fill the remaining 429 pages?

With a page-turning flurry, that’s how. Our amateur gumshoe swings into highly entertaining if also highly improbable action. In short order, she poses as a journalist, falls for the guy’s line, hires him a lawyer, gets a job as a paralegal, troops through crime scenes, confronts suspects and puts up with the worst whining husband in the world.

Along the way, Scottoline slips in boilerplate indictment of the sperm donor industry, and supplies mind-numbing details of an elementary teacher’s routine that sound as though she’s been storing them up in a notebook.

As the story hurtles to a conclusion, Christine moves from morning sickness to mortal danger. Neither she nor the reader sees the curve that comes up at the end, but the reader can see the husband’s redemption coming a mile away. Scottoline readers will be satisfied with her fast-paced action, in spite of some of the cardboard characters and improbable occupations she takes up. The rest of just wish she would stop “chirping” her car doors locked and unlocked.