Seeking redemption in a harsh land 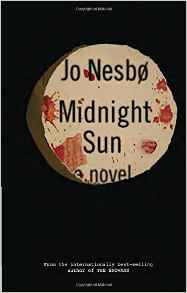 Jo Nesbo is best known for his series of crime novels starring the Norwegian detective Harry Hole, but he also has written several stand-alone novels. Midnight Sun, his latest stand-alone, packs a surprising amount of mystery, suspense, action and even philosophy and religion into a deceptively brief book.

Jon, our hero, if such you can call him, is on the run. After a life marked by mostly petty crime and drug dealing, he became the fixer – the hit man – for the Fisherman, a powerful and ruthless drug lord in Oslo who was introduced in an earlier Nesbo book. But being a hit man wasn’t really his calling, shall we say, and he betrayed the Fisherman.

The Fisherman, of course, can’t let such a betrayal go unpunished, so the failed fixer is on the run for his life. Jon seeks refuge in the bleak region along Norway’s farthest northeastern border, a flat, harsh, unforgiving Arctic land. The relentless sun, never setting at this time of year, becomes something of a metaphor for the danger of discovery and death that is always with him.

Calling himself Ulf – the first name that comes to mind – Jon is warily surprised by the acceptance and help he receives from some of the hardy people who live in this desolate place. For the most part, they are native Sami, whose heritage has blended with a severe from of Christianity that spread from Sweden.

Of particular help and interest are a troubled young woman, Lea, and her lively, curious son, Knut.

Much as Lea does, we come to sympathize with Jon/Ulf in spite of everything we know and don’t know about him. Part of the attraction in this spare novel is that he makes no excuses. Bit by bit, we come to know some of what he has lived through, some of what brought him to this place.

Also without needless elaboration, this novel raises questions about faith, hope, morality and justice. Perhaps most of all, it deals with the improbable possibility of second chances.

It’s a good story made better by Nesbo’s depictions of a place and people unfamiliar to most readers. Fans of Nesbo will find this book less complex than the Harry Hole novels, but rich nonetheless.

I was surprised at first by the choice of a woman – Kim Gordon – to read the audio version of Midnight Sun, but she does a fine job. In retrospect, perhaps the choice works precisely because, as the story unfolds, Nesbo reveals the more humane side of this man who has been a professional murderer.