The language of family 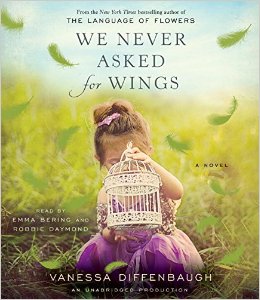 Letty Espinoza had a lot more advantages than many children of Mexican immigrants. She had two supportive, loving parents. She was smart and had the opportunity to attend a top-notch public high school in San Francisco. But Letty was also a teenage girl with all that entails, and she made some mistakes – mistakes that sent her on a downward spiral.

For 14 years, Letty has worked multiple jobs, earning money to support her own family as well as relatives in Mexico. She’s lived with her family in the apartment where she grew up, on a nearly abandoned strip of wetland near the San Francisco airport, but she’s hardly been a mother to her son, Alex, or the little sister, Luna, who was born nine years later. Letty lets her mother take care of the children while she works multiple jobs to support the family and send money to relatives back in Mexico. She also drinks too much, a problem that exacerbates her lack of parental responsibility.

But Letty’s father has long wanted to return to the family home in Mexico, and when he goes there for a family emergency, he stays. Letty’s mother abruptly follows him, leaving Letty to become a mother at last. But Letty is woefully not ready for the challenge. Nor are her children ready to trust and rely on her.

We Never Asked for Wings has much in common with Vanessa Diffenbaugh’s 2011 debut novel, The Language of Flowers. Once again, Diffenbaugh creates characters whose experiences are unfamiliar to many of her readers. In Flowers, it was a child in foster care who became a street person. This time, it is Mexican immigrants, including two who are undocumented. Both books offer compelling stories that make readers care about the characters.

There are also important differences. Wings works in fascinating information about the feathers of migratory birds, which Letty’s father uses to create art and her son studies for scientific purposes, but the overall effect is more realistic, not as magical as Victoria’s work with the language of flowers in the earlier novel. Similarly, while the new book has its romantic storylines, the overall tone is heavier.

While Letty is trying to figure out how to be a mother, her son is falling in love with a fragile girl who has been in the United States illegally since she was an infant. Then Alex’s father comes into their lives for the first time since before the boy was born. Letty’s efforts to do right by her children lead her to a daring scheme to get them out of their dangerous schools and crumbling neighborhood. And the new bartender at work whom Letty at first resents takes on unexpected roles in her life.

Letty is trying to make up for having squandered some of her opportunities and to help her children succeed. Alex and his girlfriend, Yesenia, are the next generation, both painfully aware of the problems their mothers faced because of teenage mistakes, both determined to do better. The audio version of the book makes the most of this parallel structure, alternating a female and a male narrator with the shifting points of view, thus enhancing an already compelling story.

There are serious themes here, of motherhood, family, responsibility, the consequences of poor choices and the terrible plight of immigrant children who are illegal through no fault of their own. But there is also the possibility of redemption and second chances. Working her own magic through beautiful prose, Diffenbaugh gives us another moving and thought-provoking novel.