Paul O’Connor’s summer reading is not for the faint of heart. Here he moves from military history and politics to drug cartels.

Roberto Saviano wants you looking over your shoulders, and to your right and left, looking also straight ahead, everywhere for that matter. Look into the faces of everyone you know – family, friends, business associates, clients, doctors, lawyers, bankers. 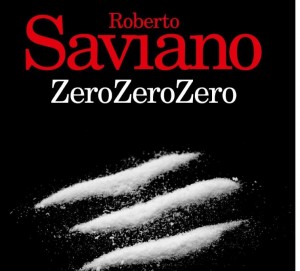 For, while you might want to deny it, Saviano contends, by looking into all these faces you will be looking into the world of cocaine. People you wouldn’t otherwise suspect are involved with it.

Cocaine is ubiquitous, and it influences everything, Saviano says in his 2014 book Zero, Zero, Zero, only recently translated from his native Italian into English by Virginia Jewiss. Cocaine is available in every town and city of the First World and in most places in the Third World. African villages might lack running water but have a cocaine dealer and be involved in the transport of cocaine across borders.

Cocaine was instrumental in the collapse and recovery of the world’s largest banks in 2007, and it supports politicians, judges and police throughout the world. It is a commodity so lucrative that earnings from an investment in cocaine make early purchases of Apple, Amazon or Microsoft stock look disappointing.

Cocaine is a vast international industry, one with sophisticated means of production, transportation, distribution and financing. That snort your lawyer might be taking after court tonight, or that your children take after school, originated on a farm in Colombia and travelled a remarkable journey through untold channels to reach their noses.

Saviano has written an amazing book, possibly the capstone of a career of reporting on the organized crime that has him living under police guard. He traces the modern cartels back to the 1960s and 1970s, retelling the story of cocaine in the lives of notable individuals and through national and international statistics. It is a book of personal anecdotes and business trends.

It is also a book full of violence, of blood baths as cartels battle one another, civil forces and their own.

Saviano takes us across the globe, starting in Mexico, the current home of the world’s most powerful cartels, and carries us through Colombia, Italy, the rest of Europe, Russia and Africa. The U.S. is always part of the narrative.

There are times I wanted to put this book aside, the times when one story after another ran into each other, confusingly so. The stories of this or that cartel, and how they rose and eventually, fell; of all the people killed and convicted.

It can be a depressing book, especially when Saviano enters as a character, philosophizing on how he is addicted to cocaine, not the drug but the story, how his pursuit of that story has ruled his life.

I continued, however, and am glad I did. This is a masterpiece of reporting, and it did what I would hope it would do for me: Prepare me to read Don Winslow’s The Power of the Dog, a thriller on the Sinaloa cartel.

Paul Michael reads this audio book with all the gravitas it deserves.