Paul O’Connor takes a look at a new book from a master storyteller about the brothers whose genius transformed the world in 1903. 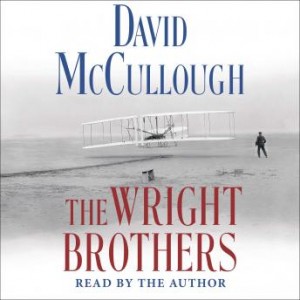 Speaking in Raleigh in May, author David McCullough said he doesn’t consider himself a historian, an odd statement from someone who has won two Pulitzer Prizes and two National Book Awards for historical books. No, the author said, he’s a storyteller, more a journalist than an expert.

Over the past 40 years or so, one would be hard pressed to find anyone who could lay better claim than McCullough to being America’s storyteller. He’s written 11 highly acclaimed and entertaining books that ranged in topic from the Johnstown flood (his first, in 1968), the Brooklyn Bridge and the Panama Canal, to the lives of three presidents.

It was McCullough who narrated Ken Burns’ fabulous Civil War and, for many years, The American Experience on PBS.

His latest book, The Wright Brothers, perfectly fits his self-appraisal. He tells us a great story.

Not being a Wright Brothers expert, I can’t say whether McCullough brings any new information to aviation scholarship. But, he presents the story of their lives, challenges and achievements so compellingly that it will have even those with a fear of flying turning the pages or staying tuned to the audiobook.

Wilbur and Orville Wright shine in history for two major reasons: their genius and their integrity.

The genius is often dismissed or diminished in the frequent references to their being bicycle mechanics. That’s like describing Abe Lincoln as a country lawyer. The two were self-taught engineers of the highest caliber, men with a deep understanding of math and physics. Wilbur was a true Renaissance man and Orville made essential avionic discoveries. Both were excellent writers.

These were not two men who tinkered with already discovered knowledge, correctly applying what others had calculated first. To the contrary, the key differences between the successful Wright flyers and the failed air machines of contemporary engineers were the direct result of knowledge that the Wrights discovered in their study of birds and physics.

The second overriding theme of McCullough’s book is the integrity and modesty of these two sons of a preacher. They sought no attention for themselves, did not allow world fame to seduce them and were the straightest of arrows. Add to that a resolve to succeed that lifted them out of the Kitty Hawk sands time and time again after failure, and we see two men who epitomize much of America’s self-perception as exceptional.

This is not necessarily a book for an engineer. McCullough does not allow the technical aspects of the Wright accomplishments to clog the story’s flow. The author, in very understandable terms, provides us just enough to grasp the challenge and the solution to each of these hurdles.

The author reads the book, and no one has ever been more blessed to narrate American stories than McCullough. But in this audiobook, I am so sad to say, the effects of his age – 81 – show. It’s not that it diminishes the storytelling. It’s that it does not rise to the great beauty we had enjoyed in so many other of his narrations.

At just over 10 hours, this was a perfect listen for my latest long summer ride. It’s prompted me to download a few of his older books, ones I had not read, for future listening.