The world according to dogs and cats

Rita Mae Brown’s new book is pegged to Halloween, but it arrived at my house just a little late for me to get it read and reviewed in advance of that occasion. Not to worry; it’s a fun book to read at any time.

For fans of the Mrs. Murphy series: Rita Mae Brown and her cat Sneaky Pie Brown have produced another enjoyable tale of murder and mayhem in the lovely horse-country foothills around Crozet., Va. 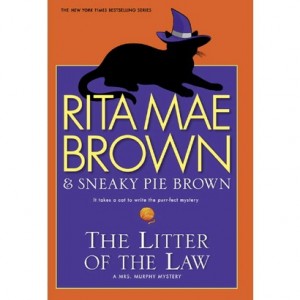 Harry Haristeen and her husband, Fair, are enjoying some rare leisure time on a drive through the autumn scenery near their home when they discover to their horror that what they thought was a rather elaborate scarecrow in a cornfield is really a gruesome murder victim. As you might expect, Harry gets involved in trying to figure out who killed the man and dressed him as a scarecrow, and what the motive was. Before she can get to the bottom of that murder, another corpse turns up, this one dressed as a witch – and this one someone they know well.

Despite warnings from her husband and friends, Harry charges in to help solve the macabre crime wave.  As she investigates – some might say, sticks her nose in where it doesn’t belong – readers are treated to a new adventure in Harry’s world of small-town folks and down-to-earth beauty. Alarmingly frequent murders notwithstanding, Harry’s world is a delightful place for literary visits.

Of course, Harry’s cats and dog – Mrs. Murphy, Pewter and Tucker – both comment on all that’s going on and try to keep Harry safe in spite of herself.

This is good, light reading, just what you expect from Rita Mae and Sneaky Pie. Enough said.

For people unfamiliar with the Mrs. Murphy series:

Any book review, I suppose, is designed to let prospective readers know what the book is like and whether they might enjoy reading it. But when I’m reviewing a Mrs. Murphy mystery, I feel especially compelled to let readers unfamiliar with the series know what they’ll find. I’m pretty sure that readers will either love these books or hate them. 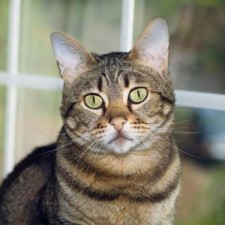 Start with the authors. The books, we are to believe are written by Rita Mae Brown and her cat, Sneaky Pie Brown. That bit of anthropomorphism leads us to the “really important characters,” who are always listed at the beginning of the story, right after the “Cast of Characters” – who, obviously, are less important.

The really important characters are animals – cats, dogs, horses, an opossum, an owl and a blacksnake. Occasionally, some additional animals, for example in this book, crows, make guest appearances. And all these animals talk in human English. Not that the humans around them understand what they’re saying – the cluelessness of those humans is part of the ongoing conceit.

But these animals talk to one another, and the reader is treated to all their conversations. They fight among themselves like children, talk (sometimes irreverently) about their people, and usually figure out whatever mystery needs solving before the humans do. Often, their comments are humorous, providing insight for any pet owner who has ever wondered what a dog or cat is really thinking.

The main human in these books is Mary Minor “Harry” Haristeen, who tends her family farm in the Virginia foothills, where she lives with her husband, Fair, a veterinarian.

In addition to talking animals, these Mrs. Murphy books also follow a formula. A crime occurs, usually a murder, often followed by another. Despite warnings from all those who care about her, Harry puts herself in jeopardy by snooping into the case. All comes to a dramatic climax in which her cats and dog usually are involved in the rescue.

Part of the formula is that Rita Mae Brown uses her stories to make points about various causes. This time, it’s the poor treatment of the remnants of Native American tribes in Virginia, a subject worthy of her attention.

As you can tell, I’m one of the readers who loves these books.