The esteemed reviewer, actor, haikuist and petanquer (I’m sure I’m leaving some important role out) Bob Moyer has resurfaced after a summer on the road. Here he takes a look at the latest offering in a long-running series. 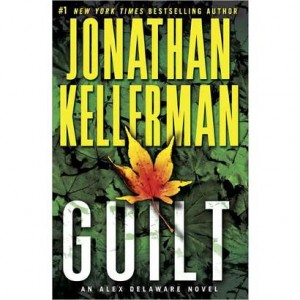 Jonathan Kellerman’s detecting duo, Milo the LAPD cop with a gay lover, and Alex the pediatric psychiatrist with a vintage Cadillac, have bantered their way through 28 novels now.  The author’s successful formula starts off with a plethora of possibilities that slowly dwindles down to a few probabilities, leaving a pattern for Alex to intuit the solution to the crime. Their Sherlock-and-Watson relationship (with a touch of Abbott and Costello) has fomented legions of fans, faithful even when the crime doesn’t come off as compelling as it could.

Which it doesn’t this time. The premise shows some promise at first – an uprooted tree in an upscale neighborhood reveals a baby’s skeleton in a metal box, a crime at least half a century old.  Before the duo can get close to any clues, however, another baby skeleton turns up in a nearby park, not far from the body of a missing nanny.

The only clues to the crimes center on two convertibles, a classic Duesenberg for the first, and a red BMW for the second. After Alex spends a little therapeutic time with the two women who found the bodies, the Duesenberg plot disappears, and the plot takes a turn for the Hollywood Hills and the worse.

A GPS leads (literally) to a famous Hollywood couple, known for their taking on children and causes (think Brangelina). As Milo sniffs out forensic clues, Alex ferrets out possible psychological clues by getting close to the family. Before long, but not long enough to keep the brad – er, bad guy secret, the denouement arrives with little attendant surprise.

The book ends up reminding the reader of all those bad movies Brangelina has made over the years. The difference??  Kellerman’s dialogue is much better. Fans, be forewarned.  New readers, reach back to the early ranks of this series for starters.

This entry was posted in Mysteries and tagged Alex Delaware, Jonathan Kellerman, Mystery. Bookmark the permalink.