What better time than summer to read a book about baseball? Paul O’Connor took a break from his wanderings this summer to visit an Iowa town and team featured in a new book he’s been reading about minor-league baseball.

CLASS A: BASEBALL IN THE MIDDLE OF EVERYWHERE. By Lucas Mann. Pantheon Books. Hardcover. 315 pages. $26.95

Clinton, Iowa, is what we in North Carolina used to think of Durham – if you don’t count Duke University, or the nearby Research Triangle Park or the fact that Clinton is mostly white and Durham has a large black population. If you just count a deteriorating downtown core, a dying manufacturing economy and a Class A baseball team.

Of course, the Clinton Lumber Kings were never the backdrop to a blockbuster movie, as were the Durham Bulls in 1988’s Bull Durham.

OK, so the comparison between Clinton and Durham isn’t perfect, but it’s the best I can do after reading Lucas Mann’s maybe baseball book, maybe personal memoir, maybe socioeconomic study on a one-industry town on the Mississippi River.

I don’t know what to make of this book other than to say that it is well written, well researched and a good read, even a fun read.

Mann spent the 2010 baseball season away from his home in Iowa City – think University of Iowa writer’s program where he studied and teaches – and went in deep with the Lumber Kings. He got to know the players, management, coaches, announcers, and most especially, the fans.

He writes about them all, about the players on their way up the baseball ladder – a few of them – or those either stuck in Class A or on their way out of the Seattle Mariners’ woefully weak system. A few are interesting. One, in particular, Nick Franklin, is not likable, fitting our stereotypes of a spoiled jock. Since publication of the book, Franklin’s made it to the big leagues.

The managers and coaches aren’t Tony La Russa and Dave Duncan. They’re old baseball guys struggling to stay employed, guys who see their families only occasionally, who don’t strike us as particularly deep. The radio guy is a kid, like Mann, who’s probably hoping to call MLB games some day, a rising Vin Scully probably not.

But it’s the fans, and their dedication, that make the book. They comprise The Baseball Family, and they sit behind the Lumber Kings dugout every game. Joyce, who collects everything she can about the team and players and has a home stuffed with LK memorabilia, is the most interesting. Many wax sentimental about the glory year, two decades earlier, when the team won the league championship.

These fans are just a small share of Clinton, a town that Mann describes in most depressing detail. There’s a huge corn-processing plant there and it dominates town life. Some residents have sued the company for fouling their air, water and darkness. The plant consumes all.

Mann goes deep into the town’s history, the days when it was a lumber center and the days when jobs were easy to find at previous iterations of the corn facility. But, today, the Clinton he describes is mostly depressed, sad.

(I spent an hour in Clinton in June, and the plant is an obnoxious presence, but the town is a lot nicer than many in America’s rust belt, and the ballpark is a gem, sitting aside a nice complex of riverfront public parks.)

It’s the memoir side of the story that throws me. Mann injects himself, his father, his deceased brother into the story for reasons I missed. At times I think he’s trying to channel Donald Hall’s “Fathers Playing Catch With Sons,” a great baseball essay.

Those diversions, however, don’t spoil the book. Mann is immensely talented and I suspect that, like Franklin, he’ll end up in the big leagues some day. 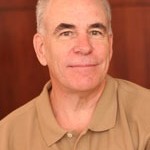