Our latest review is by that gentleman and scholar, Robert Moyer of Winston-Salem. Here’s how Bob describes himself (I think it’s mostly true): Bob Moyer is a member of the National Book Critics’ Circle.  His haiku poetry has been published extensively, and may be seen frequently at Haiku News (wayfarergallery.net). He is a member of the North Carolina Haiku Society and  the Piedmont Swing Dance Society, and he is the president of the Carolina Petanque Club. 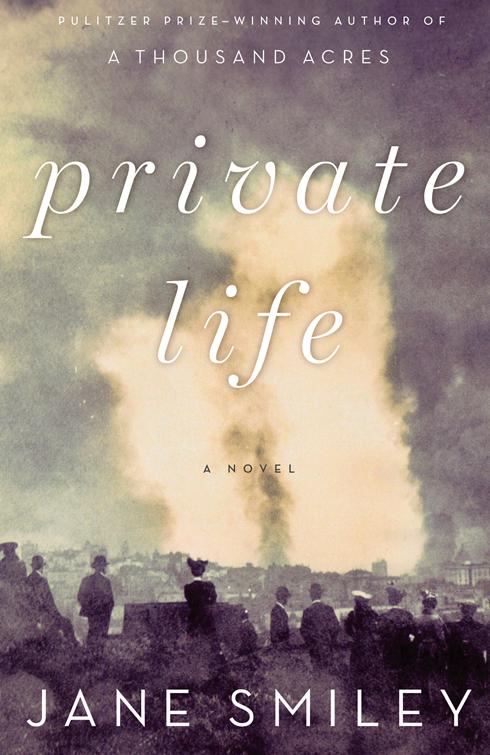 A number of writers transport us to another epoch, a generation, covering an expanse of time and place with their particularity of detail.  A smaller lot paints an inner landscape of their characters, taking us through the internal peaks and valleys, frontiers and redoubts they travel throughout their lives.  A precious few — Jane Smiley is one of them — meld these two skills, sweeping us into other worlds through the eyes of a soul on a sojourn.   In her latest book she does just that, giving us the life of a country through a life in that country.

After transferring the Italian setting of the classic Ten Days in the Hills so adeptly to the Hollywood Hills in her last book, Smiley turns our attention here to the American heartland in 1883, both figuratively and literally.  Margaret Mayfield, the daughter seemingly doomed to spinsterhood, stays at home in rural Missouri, the one designated to deliver casseroles across frozen fields, help her married sister with laundry, and sit on frigid winter evenings stitching with her mother.

Smiley’s narrative moves at the speed of life here, as Margaret takes her first wobbling ride on a bicycle, and travels to the Louisiana Purchase Exposition in St. Louis.  Her life is circumscribed by her quotidian circumstances.

When Captain Early, a native son of some fame as a scientist, comes courting, he impresses her with a mind that “…worked more quickly and surveyed a broader landscape.”  She gets “… the distinct feeling of staring into her future … the play had begun…. Her own role was to say her lines sincerely and with appropriate feeling.  At her age, she thought, she should know what those feelings were, but she did not.”

Nevertheless, she convinces herself that her ”nervousness was love, a form of electricity,” which Captain Early knew so much about.

She travels with the Captain across the country to the naval shipyard at Mare Island, where he commands her life.  Her days are a panoply of cooking, typing, cleaning and even driving him about in their sensible Franklin five-passenger.  Such well-researched details support the manner in which her life is subsumed by his, as she encounters the San Francisco earthquake, the great Spanish flu epidemic, World War I, and the death of her baby. When her friend Dora, a liberated, globetrotting journalist, writes an article about Cairo titled “My Life Didn’t Prepare Me for This,” Margaret takes it to be about everything in her world.

Slowly, she awakens to her unchallenged limitations.  When a member of her sewing circle chides her for not knowing more about her husband’s business, she starts digging through his papers, daring to inquire, and opening her eyes to her true situation.  One day, “… she saw Andrew as the world saw him … as if he had turned into a brick and fallen into her lap — he was a fool.”  She was taken aback to find her friends considered her a saint, valuing her life “…not for anything she had done, but what she had put up with.”  She expands her horizons, traveling on her own into San Francisco, befriending a Japanese couple and their daughter, and even taking a lover.

As her husband trails off into conspiracy theories that implicate even her, she stews in her escalating disaffection; “…her marriage had become an intolerable torture, …that, from the outside, every marriage looked as bad to her, because she knew every house she passed was a claustrophobic cell where at least one of the partners never learned anything, but did the same things over and over … and the other partner had no recourse of any kind, no way out… .”

Smiley bookends her narrative with events of 1942, Captain Early off jousting at windmills in Washington and Margaret searching for her Japanese friends sequestered in internment camps.  She finds them as well as the memory of the hanging she saw as a child.  When she describes the event to her sewing circle, they are amazed she remembers it so well.  Oh yes, she replies, “I do remember it now that I’ve dared to think about it. There are so many things that I should have dared before this.”

Margaret’s bitterness stuns the circle — and the reader.  It is an epiphany that she says inspires her to write a book about her Private Life — a book that, most likely, would read like this one.

One response to “Private Life”