A story for our times

I’ve enjoyed many of Chris Bohjalian’s books, some more than others. This one sounds especially — even oddly — timely, and pretty scary. I’m not sure I want to read it, but I’ll pay attention to what Bob Moyer has to say. 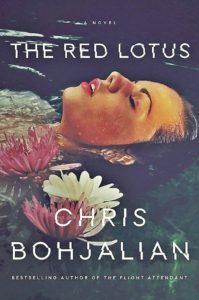 You might be weary of hearing about disease spread from animals to humans, creating a pandemic.

You might be revolted by the habits and hordes of rats that live under and around us, devouring everything, including each other.

You might get queasy at being privy to the private thoughts of a cutter, a person who hurts themselves. The doctor at the heart of this novel takes to those returning thoughts when an apparent accident kills her boyfriend while they are on a trip to Vietnam.

You might, however, relish a rollercoaster of revelations, well-researched details and well developed characters that cascade out of this book. When the emergency room doctor returns to New York, she learns what she suspected — that accident was no accident.  Her boyfriend was lying to her, and she sets off to find out how much and why. Each step she takes leads her deeper into danger, and adds a bit of dread to the reader’s stomach. The author is expert at developing narrative tension, switching between points of view, including an italicized commentator who is not revealed to the very end. The twists and turns of Chris Bohjalian’s prose and plot make for a taut, scary read.