Unraveling the girl she was 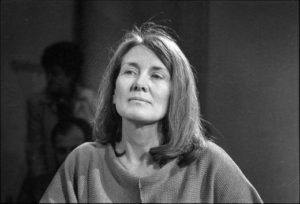 Shame and humiliation. She spent two nights with a man, then fixated on him, in 1958, earning the name “whore around the edges” from her colleagues. She carried that shame with her for 58 years, until she decided to write a book about how that girl’s life was “… endowed by shame’s vast memory.”

The result is this marvelous autofiction, in which an accomplished, prize-winning novelist considers an 18-year old petit bourgeois provincial girl. She does not fictionalize the girl, but deconstructs “…the girl I was.” She approaches the girl as “…a stranger who imparts her memory” to her. When she has merged with the girl, she steps into the “terrain” of her past —“socially, familial and sexual.”  Once there, she “…writes to unearth something that emerges from the creases when a story is unfolded.”

A flood of “somethings” emerges — poems, movies, pieces of clothing, looks on peoples’ faces, denial. She covers things rarely mentioned in literature, like the “muddle” that occurs when one tries to find “…a way to earn a living,” as she stumbles into and out of a teaching career. With an immediacy to her prose, captured aptly by the translation here, she writes  “endangered, as when one is writing about the living.” Her immersion into that girl’s life takes her to a park bench in England, totally unexpected, where she recognizes the moment “… I started to make a literary being of myself.”

Few writers can match Annie Ernaux’s concision, as she strives to “…make one feel the immense breadth and depth of a summer of youth in the two hours it takes to read one hundred pages.” And her stark images stand out in memory; nowhere else will you find Kant and the phrase “sperm in the mouth” in the same paragraph (if you do, let me know).

Her remarkable journey to realization and resolution comes to us as if A Girl’s Story were told by “… people we hear talking about her through a door.”  It is both revealing, and riveting.

This entry was posted in Autobiography, Contemporary Nonfiction, memoir, Uncategorized and tagged A Girl's Story, Annie Ernaux. Bookmark the permalink.