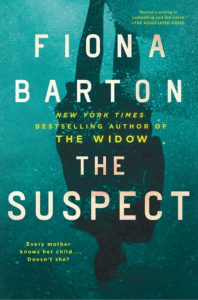 It’s a story that any parent will find chilling, as it tells of three young Londoners who try their wings in Thailand and stumble into a lot more than they bargain for.

Alex O’Connor is a responsible 18-year-old girl who persuades her parents to let her make a summer trip to Thailand for an adventure before she starts university. When her closest friend backs out of the trip at the last minute, she agrees to let Rosie Shaw, a girl she doesn’t know well, go along instead.

That proves to be a mistake, as Alex discovers almost as soon as they step off the plane. Alex has carefully planned their itinerary so that she and Rosie can have a range of experiences, but Rosie has other ideas. She seems to be interested primarily in partying and chasing guys.

Being on her own in a foreign country isn’t as easy as it seemed when Alex was reading websites. On the first day, Alex can’t find the hostel she had carefully selected, and she and Rosie wind up settling in at a questionable place called Mama’s Paradise Bar and Guesthouse.

Fairly early in the book, which uses flashbacks, changes of setting and shifting points of view liberally, we learn that Rosie and Alex have been found dead after a fire at Rosie’s.

Another important and well developed character is a London detective inspector, Bob Sparkle, who gets deeply involved in the investigation even as his wife is dying of cancer.

The main character, though, is an old friend of Sparkle’s, Kate Waters, a top reporter at a London newspaper. Using all her wiles, Kate works to gain the trust of the girls’ parents to help her unravel the story so she can have a big exclusive.

Kate sympathizes with these parents even more than she normally would because her son, Jake, inexplicably dropped out of law school and headed to Thailand to find himself. She and her husband have heard next to nothing from Jake for two agonizing years.

And then, in one of many twists in this well-told story, Kate discovers that Jake also was a bartender at Mama’s and knew the dead girls – perhaps very well.

That’s where the book gets really thought provoking. As a seasoned journalist, Kate is dedicated to finding and printing the truth. She is skilled at persuading other people to open up about their personal lives and their families. But what happens when her own son is involved, when she becomes terrified of what the whole truth might be?

Talk about psychological suspense. This book has a number of surprises, all thoroughly credible when they begin to emerge. And even when we reach the end, there are still doubts and questions.

The audio version is well done, using multiple readers appropriate for the multiple points of view.