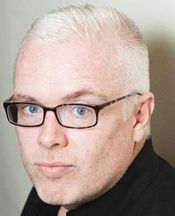 A few books and CDs sit heavily on the table in my office, emanating a cloud of guilt whenever I look their way. These are books I read or listened to and liked enough to review – but something happened, and that review never made it out of my head and into print.

One of the books that’s been glaring at me is Black Irish, the 2013 debut in Stephan Talty’s suspense series starring Absalom Kearney, a police detective in Buffalo, N.Y. It’s a gripping, memorable novel, one that raised hopes that many more like it would follow. And the guilt was twofold, with both the hardback book and the Books On Tape audio version heaping shame upon me.

Now Talty has produced No. 2 in the series, giving me a chance to make amends.

Absalom “Abbie” Kearney grew up as the adopted daughter of a well-respected Irish cop in Buffalo. So you’d think she’d feel right at home when she returned to Buffalo after college at Harvard and a stint in police work in Miami. Her father’s getting on in years, and she’s had her share of troubles.

But, as readers soon learn, Abbie has never really felt at home. The Irish-American world of South Buffalo has long been secretive and suspicious of outsiders, and Abbie will always count as an outsider. The County, as it’s known, has plenty of peculiarities, and it looks after its own, no matter what. Abbie gets some consideration because of her adopted father, but that goes only so far. She has to earn the cooperation and respect of the people of the County, and she has to earn the cooperation and respect of her fellow officers in the Buffalo Police Department. The two goals don’t always coincide. 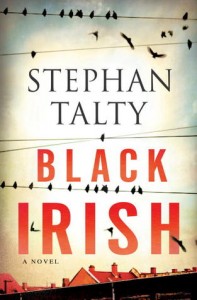 In Black Irish, the debut novel of this promising series, Abbie is trying to figure out who killed Jimmy Ryan and left his mutilated corpse in a church basement. She’s getting nowhere with her investigation, largely because no one is providing information. Frustrated, she seeks answers at the Gaelic Club, where alcohol tends to loosen tongues.

Soon, Abbie herself feels threatened by the mysterious killer. The secrets lurking underneath Buffalo’s gritty exterior seem to be entwined with the dark shadows in Abbie’s own past, and maybe even that of her beloved father.

In Hangman, the second book in the series, Stephan Talty takes the suspense to another level when a notorious serial killer escapes while being transported by van from one New York state prison to another. Only a few years earlier, Marcus Flynn, aka Hangman, had terrorized the town by preying on the pretty teenage daughters of North Buffalo’s wealthy neighborhoods, until he shot himself in the head after abducting his own cousin, who has yet to be found.  He lived, but his memories were obliterated – until just recently. After he escapes from the van, Hangman heads for Buffalo to resume his murderous ways. Abbie leads a desperate manhunt in the terrorized city, but the diabolical Hangman always seems a step ahead, leaving a trail of bodies. 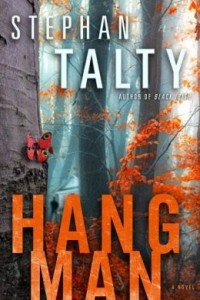 Abbie’s past intrudes again when she must decide whether to take advantage of the secret Irish network that reaches throughout the city.

Talty has a winner in his detective, Abbie Kearney. It’s a bit of a gamble for a man to create a suspense series starring a woman, but he’s done it just right. Not one of those female detectives who seem more like a man in nearly every way, Abbie is smart, tough and independent while being convincingly female. She’s nice looking and likes her stylish clothes and shoes. She treasures quiet evenings and relaxation at the house she’s recently bought, and loves being with her boyfriend, a policeman in Niagara Falls, as well as with her neighbors. She uses her intellect and sensitivity more than brute force and violence, but she can fight when she needs to.

Interestingly, the audio versions of these first two books are read by a man, and that also works well, partly because the books are told in third person. David H. Lawrence XVII keeps up admirably with the taut pace of the story and avoids inane affectation when reading Abbie’s dialogue. Abbie is neither weak nor a superwoman, but rather an intelligent, courageous but less than perfect human being. Talty and Lawrence convey her personality admirably.

The plots of both these novels are complex and surprising enough to please any fan of mysteries and thrillers. Suspense mounts as the danger increases. Violence is described convincingly but not gratuitously. Buffalo, with its dying industries and faded glories, is a fascinating and complicated setting, brought to life through evocative descriptions. And Abbie Kearney, though she may always feel like an outsider, is every bit a daughter of Buffalo.

It’s not necessary to read Black Irish to be caught up by Hangman, but why not?  Double your pleasure. As for me, I say bring on the next novel in this intriguing series!