At home in America

Got a long driving trip ahead of you? Just like to relax and let somebody tell you stories? Briar Patch Books looks at an audio book that’s a marvelous, poignant family saga that will tug at your emotions and enrich your life. 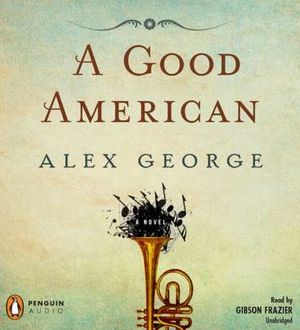 It fascinates me that Alex George is an Englishman who moved to the United States (Missouri) in 2003. Maybe the success of his novel is proof that the Lord gives others the power to see us more clearly than we see ourselves. His portrait of an American family, spanning more than a century, is utterly convincing, as are his insights into what it means to be a “good” citizen of this relatively young nation built by immigrants.

In 1904, young Germans, Frederick and Jette, flee Germany rather than face the shame of her unwed pregnancy and the wrath of her mother. Much of what happens to them next is determined by chance. They mean to take a ship to New York, but find themselves on one bound for New Orleans instead. They intend to seek out a job Frederick learns of, but, hindered because they don’t speak English, they wind up settling short of their destination in the small Missouri town of Beatrice. And there they build their life, haltingly at first.

The tale is told by their grandson James, who throughout much of the story is trying to write fiction. James’ imaginative tales don’t succeed – indeed, one almost is an unimaginable disaster. But Alex George’s imagination gives us a wonderful book in which the frustrated novelist James, in relating the lives of his relatives and neighbors, gives us a much better story than he could ever hope to invent.

This is a perfect novel for listening, and Gibson Frazier does a grand job of reading. A Good American is woven of many interrelated stories, and, because of the talents and enterprises of the main characters, it’s also rich with music and other sounds that you can almost hear.

All the characters in this book are just “ordinary” Americans, whether their families have been in the country a few years or for generations. At times as I listened to the book, I thought of another favorite of mine, John Irving’s A Prayer for Owen Meany, partly because of one character with an unusual physical abnormality, but also because of the quality of writing and the depth of the story.

This is a family saga, not a mystery, but it is filled with the real mysteries that make up our lives. Drawing on family lore as well as his own memories, James shows us the tide of history in America through his family’s perspective: race relations and the birth of jazz, the Great War and the ones that followed it, Prohibition (a real problem when your family’s source of income is a bar), religious extremism, the Kennedy assassination, the new waves of immigrants from south of the border – and of course, all the loves, struggles, betrayals, hopes and dreams of people, wherever they live.

This book is so funny in places that you’ll laugh out loud as you listen, but as in the real world, the happiness and the absurdities of life are mingled with sadness, loss and disappointments. In the end, James and Alex George’s readers appreciate how rich his family’s story is – and what it means to be at home in America.