Paul O’Connor and I were working together on the Winston-Salem Journal’s editorial pages at the time of the Sept. 11 attacks. Paul has read a lot about the circumstances that led up to the attacks and the findings of the 9/11 Commission. I was interested to read his review of this book about how, 10 years later, the United States finally caught Osama bin Laden. 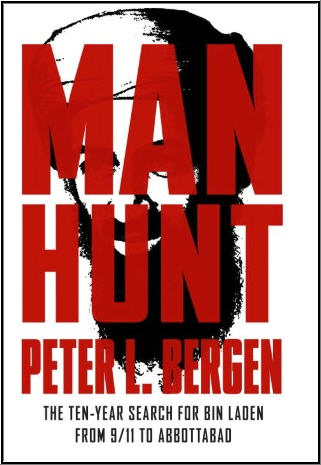 History is much more fun to read when the good guys win. In that regard, there’s no more enjoyable historical read than Peter L. Bergen’s latest on Osama bin Laden, Manhunt.

The story starts in the Abbottabad compound where bin Laden died a little more than a year ago. Bergen lays the groundwork for the bulk of the book by explaining how bin Laden got there, who was with him, and how the compound was built and laid out. Then, as is typical of “in media res,” he retreats to tell of bin Laden’s early days as a terrorist and tormentor of the United States.

We learn of his wives, his children, his closest associates and, most surprisingly, many details of the lumbering organization known as al Qaida. There are actually humorous elements to the book, most notably regarding the terror network’s bureaucratic structure and obsession with obeying administrative rules.

The author cannot provide us with a minute-by-minute accounting of how bin Laden escaped death or capture at Tora Bora in late 2001, but he does provide the fullest explanation that I’ve read as to how he got away and why the American military was not more involved.

Many will read this book hoping for reams of precise details of the actual raid. There is plenty of that, but surprisingly, there’s little more than most of us read in the days and weeks after the raid. The benefit of this book comes in the background, of how the U.S. hunted bin Laden down, and in both the formulation of the actual raid and the decision to proceed with it.

While much can be said about the numerous mistakes the CIA and FBI made in the days leading up to the 2001 terror attacks on the U.S., Bergen is generous in his praise of CIA analysts who dedicated their lives to finding bin Laden and his top associates. Their methods were ingenious, and, at times, success depended on good fortune at the right moment.

Most interesting is how U.S. intelligence came to believe that bin Laden was not living in a cave in the remote areas of ungovernable Pakistan but hiding in the open of a city.

Although he was in a city, bin Laden was also isolated. He knew American intelligence would find him quickly if he operated efficient channels of communication, and so he eschewed them. The result was significant damage to al Qaida’s ability to attack.

Bergen argues that bin Laden’s decision to attack the United States was a major strategic mistake, that in doing so bin Laden accomplished nothing of value and simply set off a string of events that led to the destruction of most of his organization and the eventual movement of the Islamic world away from his philosophy. While other analysts still consider al Qaida dangerous, Bergen sounds less impressed. Terrorism will never go away, he writes, but al Qaida is a very weak purveyor of it right now, and it has little hope of ever rebuilding itself.

Manhunt is getting good reviews from national security experts who say Bergen does a good job of recapping and repackaging previously known information along with new material he uncovered. At 261 pages, it’s also a fairly short book – big print, lots of white space.

What makes Manhunt such a worthwhile read, then, is the combination of good information with a compelling narrative. It truly is, as it claims to be, a page-turner that is hard to put down.

And, it has a great ending.