Like many readers, I fell in love with Precious Ramotswe when Alexander McCall Smith’s first No. 1 Ladies’ Detective Agency novel arrived on the scene in the United States in 2001 (a few years after it was published in the United Kingdom). I eagerly awaited the next installments in the series, and I was gratified when they appeared with impressive regularity. 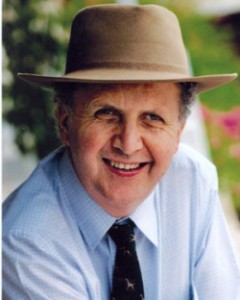 I was a little surprised, however, when other series by McCall Smith began appearing with similar regularity.  Was this man incredibly prolific, doing nothing day and night but churning out wonderfully entertaining novels? Or had he been secretly writing novels and squirreling them away all through his career as a medical law professor, waiting for one to break through so that all the others could see the light of day? I suppose there’s an interview somewhere in which McCall Smith reveals the true story behind his flood of books.  And someday, perhaps I will find that interview and read it.

In the meantime, however, I’ve contented myself with reading (some of) his books.

I’ve read and immensely enjoyed all the No. 1 Ladies’ Detective books, finding them intriguing, amusing, life-affirming, optimistic and eminently wise.

I had trouble at first with the Isabel Dalhousie novels, set in Edinburgh, Scotland. My main problem was that as I read about Isabel, I kept hearing the voice of Mma Ramotswe, which just did not work for a highly educated Scottish philosopher.  I solved that problem by listening to an audio version of one of the books about Isabel; the proper Scottish narration effectively banished the Botswanan from my mental reception of the newer series.

I had no similar problem when the first book in the Corduroy Mansions series arrived a couple of years ago. Somehow, these gentle tales of life in a crumbling apartment building in the Pimlico section of London immediately captured their own spot in my literary landscape without having to compete with the ghosts of Mma Ramotswe or Isabel.

I have yet to try McCall Smith’s Portuguese Irregular Verbs and 44 Scotland Street series, or any others he may have that I’ve not heard about. If they arrive in my book stack, I will happily give them a try. Whether he’s been writing for many decades or just one, McCall Smith has a marvelous talent for spinning compelling, gentle tales about real people facing the joys, heartbreaks and ethical challenges of everyday life.

Here are brief looks at two recent books: a Corduroy Mansions novel from summer 2011 and an Isabel Dalhousie book from December. 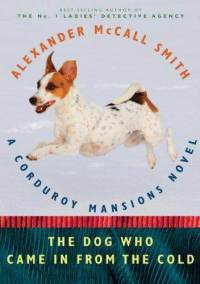 This is the second installment in a delightful new series that provides a hearty dose of amusement along with the wise and uplifting insights into the human condition that readers have come to expect from all Alexander McCall Smith’s series.

The setting is Corduroy Mansions, apartments in an old London building that has seen better days. The denizens, who interact to varying degrees with one another, provide a wealth of interesting stories. Chief among them is William French, a 50-something wine merchant and failed wine expert, whose life was changed in the first book by the not-exactly-planned arrival of Freddie de la Hay, a Pimlico terrier. I suspect but cannot prove that Pimlico terrier is a breed that exists only in McCall Smith’s fertile imagination. The breeding is irrelevant, however. Freddie de la Hay is a smart, energetic little dog, and also a truly good dog.  If he’s going to be William’s dog, he will take exceptionally good care of William.

In this book, William also must rise to the task of taking care of Freddie, which becomes quite the challenge after William agrees to lend the wily terrier out to M16 for help in infiltrating a Russian spy ring.

Meanwhile, life in all its zaniness goes on for the other residents of Corduroy Mansions, as well as their associates. Barbara Ragg, a literary agent, has decided to represent the Autobiography of a Yeti, as told to the author by the Yeti himself. Berthea Snark, is a psychoanalyst who lives around the corner from the mansions; normally, she’s preoccupied with writing an unauthorized biography designed to reveal all the worst about her son, Oedipus Snark, an odious member of Parliament. Temporarily, however, she’s sidetracked by her worries over her dreamy brother, Terence Moongrove, whose estate seems to have been taken over by some New Agers. Others have problems of their own, and then there are always the questions of who is or should be in love with whom.

I could go on, but why bother? McCall Smith’s version of life at Corduroy Mansions is much more entertaining. 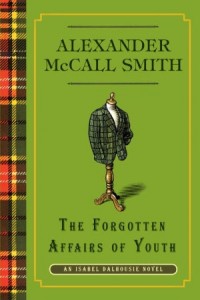 The star of this series is Isabel Dalhousie, a well to do, well educated, self-possessed Scottish woman (her mother was American, though, so there is that … ). Isabel is the editor of The Review of Applied Ethics, a scholarly journal of philosophy, which, since some recent unpleasantness, she also now owns.

Isabel had an early marriage that ended in divorce.  Her primary family now, aside from some American relatives she rarely sees, is her niece, Cat, who runs a deli and runs through a succession of lovers, most of them unsuitable.

Somewhere along the way, Isabel unexpectedly became closer than she perhaps intended to one of Cat’s unappreciated suitors, a young musician named Jamie.  Isabel and Jamie are now engaged, and they also are the doting parents of a 2-year-old son, Charlie. Although Cat had not properly valued Jamie, she was not happy with her aunt’s taking up with her former lover, so Isabel has had to do much soothing of feelings.

Philosophy is not just a profession or discipline for Isabel; it is a way of life. Sometimes on her own and sometimes with Jamie, she spends much time contemplating life’s quirks and puzzles, how to deal with them, and what it all means.

Sometimes, her philosophizing draws her into situations that some might call meddling. This time, she volunteers to help a visiting philosopher from Australia find her biological father.  What Isabel discovers is more than either of the women bargained for. Her discoveries also contribute much to her philosophical musings about the concept of family.

Like all of the McCall Smith series I’ve tried, this book is entertaining and enriching in a deceptively quiet way. Reading these books makes you happier. A philosopher might say there’s great value in that.