A day in June found me in Tuba City, Ariz., on the Navajo Nation. My husband and son and I were camping in the Four Corners area where Arizona, New Mexico, Colorado and Utah meet. This is Indian country, with large reservations occupying much of the area.

Naturally, I thought of Tony Hillerman, who wrote 18 excellent mysteries set in this area and featuring detectives with the Navajo Tribal Police. Hillerman died in 2008 at age 83 in Albuquerque, where he had lived for many years. Several years earlier, when he was battling cancer, I had the privilege to interview him when he visited North Carolina to speak at Elon University. 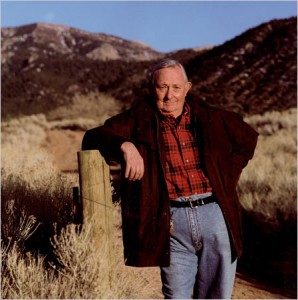 Hillerman was a reformed newspaper reporter who became a college journalism professor as well as highly acclaimed author with nearly every prize a mystery writer can win. He also was just plain “good folks,” a down-to-earth, kind man who spent a lot of time talking with me, a reporter for the Winston-Salem newspaper as well as an admittedly adoring fan of his books.

He was not himself an Indian, although he had grown up in Oklahoma and attended, as did other boys in his rural area, an elementary school that was primarily a boarding school for Indian girls.

He told me, as he has many other interviewers before and since, that more than any of his literary awards, he was most proud of having been embraced by the Navajos he wrote about. The Navajo Tribal Council named him a “Special Friend” in 1987. Older Navajos told him that his mysteries helped interest their children in the tribe’s culture. 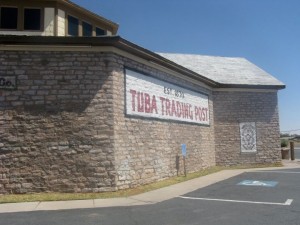 We visited Tuba City, Second Mesa and the canyons and mountains around them because these places figure in so many of Hillerman’s novels. We wanted to see firsthand what his descriptions had conjured up so well in our minds’ eyes. That visit drove home what an honor his acceptance by the Navajos is. These are proud people who don’t want to be condescended to or treated as just quaint tourist attractions. Visitors are not allowed to take photos at Navajo ceremonies, for example. But in the historic Tuba City Trading Post on the Navajo Nation, all of Tony Hillerman’s novels are prominently displayed.

I bought No. 1 in the series, The Blessing Way, the book that started it all. When I told the Navajo woman at the counter that I had been fortunate enough to meet Hillerman once, she dropped her guard and became very friendly. “That must have been wonderful,” she said. It was. 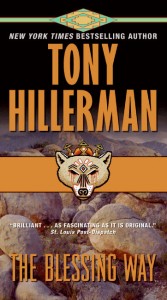 This book, the first in Tony Hillerman’s prize-winning series of mysteries about Navajo Tribal Police, was first published in 1970.  I got hooked on the series well after that. I think I went back and read all the earlier ones, but I’m not sure. Reading or re-reading this first one made me want to read them all in order. They have stood up well over time.

We meet Joe Leaphorn in this book. Hillerman developed his characters over time and let them live their lives. In later books, we meet Jim Chee, a younger detective who deals somewhat differently than Leaphorn does with the conflicts of being a Navajo in a world dominated by white people. Sometimes, Leaphorn works alone; sometimes Chee does; sometimes the two have conflicts, and sometimes they help each other. Things happen, and by the late books in the series, Leaphorn’s wife has died, and he retires.

But in The Blessing Way, a young Leaphorn is trying to help a friend from their undergraduate days at Arizona State, a man who is now a professor researching witchcraft on the reservation. The professor, a white man, theorizes that witches and the Navajo Wolf superstition in particular are just scapegoats, ways the Navajos assign blame when things go wrong. Leaphorn, despite his education, is not so ready to dismiss the idea of witchcraft, or of evil spirits that deviate from the Navajo Way and become antisocial.

Meanwhile, Leaphorn is dealing with what seems a routine case, not at all urgent. A young Navajo who is wanted for assault is hiding out in the canyon country near his mother’s clan, probably fearing his victim is dead. Leaphorn puts the word out that the crime isn’t serious, and the young man needs to turn himself in.

But not long after Leaphorn has spread the word, the young man is discovered dead in mysterious circumstances that suggest the work of a Wolf-Witch. And things quickly become more complicated, more mysterious, and much more dangerous for all concerned.

Hillerman sets high standards here for all the books in the series. Through Leaphorn, he tells us much about the Navajo Way, the beliefs, superstitions, rituals and the close relationship with the natural and the spiritual world. He does so in a way that respects the Navajo culture and demonstrates its strong values. He also shows us a lot about the conflicts that Navajos face as they try to be true to their heritage while living in a 20th-century world. And he does all this without ever coming across as teaching or preaching, working the knowledge seamlessly into an intriguing, well-plotted mystery. 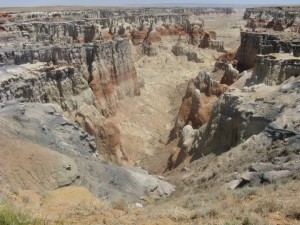 It’s not necessary to travel to the Four Corners area to enjoy Hillerman’s books. Rest assured that his descriptions of this dramatic, rugged, beautiful and unforgiving land are on the money. But if you ever get the chance to read Hillerman while spending time at Tuba City, Second Mesa, Shiprock and the other places where Leaphorn and Chee work, take it.