A classic, worth revisiting

Jane Eyre provided good, diverting company for me recently when I made a quick driving trip to and from Morehead City to take my son a few things he needed before his ship deployed to the Mediterranean. 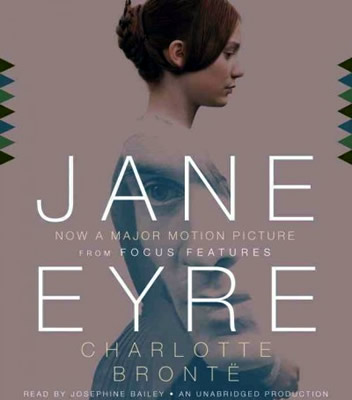 You’ve probably read Jane Eyre. Most of us have, by choice, or because it was assigned in school, or both. I’d read it twice – once when I was a teenager, and again as part of a Feminist Criticism class when I was working on my MFA degree.

So I thought I knew Jane Eyre, and I agreed to review the new audio book edition that Random House Audio has produced in conjunction with the new Jane Eyre movie mostly because I love listening to British accents. The familiar story might be sort of ho-hum, I figured but it would be amusing to listen.

What I discovered, to my delight, was that I had forgotten a lot more than I remembered about Jane Eyre – if, in fact, I had ever fully appreciated all that Charlotte Bronte’s masterpiece has to offer. Rather than ho-hum, the audio book was gripping.

Sure, I vividly remembered the Mad Woman in the Attic, the fire and Mr. Rochester. I had some memory of Jane as a child in a terrible boarding school, and of an older Jane wandering the moors, alone and destitute. And I remembered her triumphant announcement, “Reader, I married him!”

But, as I discovered as I listened to the reading by Josephine Bailey, there are so many more layers of richness in this enduring book.

Certainly Jane Eyre, as my long-ago grad class pointed out, can be read as a feminist novel that was way ahead of its time. Jane, though repressed and oppressed almost from birth, is a strong, independent, intelligent, even willful woman – in her seemingly meek way. For most of the novel, she believes herself to be virtually penniless, and she knows that her “lineaments” are not what the world considers beautiful. Yet she refuses to follow the path most women in her situation and age would gratefully follow, if it became available to them. She refuses to marry for security only. Nor will she allow herself to become the mistress of the man she believes to be the true partner of her heart, but who she is shocked to discover is already married.

Jane would, quite literally, starve to death before she would either marry without love or compromise her sense of morality.

Nor will the spirited Jane let herself be coerced into marrying out of a sense of religious duty, when her newly discovered cousin, St John Rivers, insists that she be his helpmeet in the mission fields of India. When she wavers, a mysterious and wildly romantic intervention by the disembodied voice of Mr. Rochester saves her from that fate.

The views of religion expressed by Bronte, a clergyman’s daughter, are remarkable. Through her depiction of the zealous, humorless and self-denying St John, and of the cruel treatment of the orphans at Lowood Asylum, an institution run by a clergyman, she takes aim at hypocrisy and wrongs done in the name of Christ. Her own struggles with faith lead Jane to a strong belief that love – human as well as spiritual – is what is important in life.

But, interesting as they are, neither the feminist nor the religious themes are what kept me mesmerized as I drove and listened to Jane Eyre. This is a terrific story. For a plain governess, Jane is involved in an amazing amount of romance, mystery, intrigue and action. And there are entertaining portrayals of the manners and eccentricities of polite society of the day, all presented by Bailey, an actress who is a London native, with all the British accents and inflections any Anglophile could wish.

I might just have to go see the movie, too. Jane has a way of not letting you go.