Not for the faint hearted

There were the holidays, you know. Oh, and he recently moved to a new house. And other things intervened. But Bob Moyer is back in book-reviewing mode now, and the world rejoices. 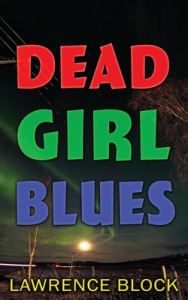 She’s dead. Her blues are over. The guy who kills her, however, in a bizarre, unsettling act that will stop some readers dead (pun intended of course), spends the rest of his life looking out for the police, as well as looking out for the dark impulse that he, in fact, enjoys. He even fantasizes about it, with little remorse. After drifting about California, he heads east. Armed with a new identity, he settles in small town Indiana, where he becomes a valued employee, a store owner, a husband, a father, member of Kiwanis, a  pillar of the community. His brutal act apparently recedes as does his impulse. Until three letters bring his fears to the fore—DNA.

Author Lawrence Block has been writing noir novels since 1958. He has his finger on the pulse of the pulp novel tradition and employs his skill here. No one writes a leaner, meaner prose. His villain/hero writes at a computer, summing up his life. As danger creeps closer, he muses about morality, mortality and what he should do to protect himself and his family. Or which to protect. Block threads a careful path here, at once maintaining the dark impulse of his protagonist, while producing empathy for him — the reader really doesn’t want him to get caught. In short, the author has written a horrible book that’s really hard to put down.