Awakening? Not so much

Bob Moyer loves to read, and his interests are wide and varied. He’s also discerning, and he doesn’t mind saying what he thinks – all of which makes him a good reviewer. 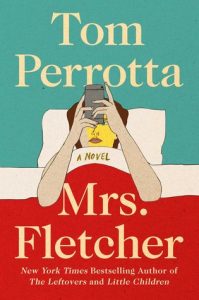 Make no mistake – the author is an astute observer of middle-class life and our unconscious fumbling through our days. Many of his descriptions will make the reader simultaneously smile and wince as we see ourselves. He also captures quite aptly the way mothers and teen-age sons don’t communicate.

Even the most nuanced portrait in the book, that of the son, ultimately goes askew in the two most graphic sexual encounters in the book. At the peak point, he spews language that could have been direct quotes from one of his mother’s chosen videos, a jarring contrast to his well-developed, amenable character. By his behavior, he unconsciously complies with the paradigm of how pornography has pre-empted our discourse – at least the author would have us see it so. Unfortunately, the tenor of our times and the author’s tone render us unable to suspend our disbelief. The author also does himself and his narrative no favors when he taints the denouement with a final stroke of MILF. The book is not about Mrs. Fletcher.