Two novels, both set in France during World War II, provide Paul O’Connor with a feast of outstanding fiction.

It’s early summer. We’re in the family room at cousin Kathy’s house, talking about books. Charlene, my sister, repeats a recommendation she’d made earlier: All The Light We Cannot See. Kathy adds The Nightingale. That’s two fiction suggestions from two devoted readers. So I go onto the N.C. Digital Library’s website, order both, and three months later, the digital books arrive on the same day.

Thus begin three of the best fiction weeks I’ve had since my senior year in college.

Both novels are set in France during World War II. Both involve French families caught up in the Nazi occupation and both involve the resistance. 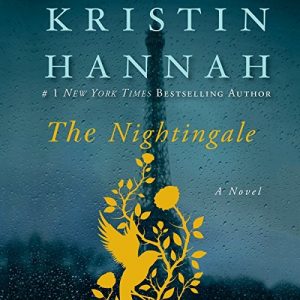 The Nightingale tells the story of the Mauriac sisters. Vianne, the elder by 10 years, is a wife and mother, the responsible sister. Isabelle is the rebel, the child repeatedly dismissed from private schools for failing to abide by the proper behavior for a young woman.

Vianne’s is a story of deprivation, of doing what one must after her husband goes off to war and does not return, of finding the resources to keep her daughter safe and of doing her best to protect other children in town. Isabelle treads dangerously, repeatedly putting herself and others in precarious situations with the Germans. She courageously leads escape missions for downed Allied airmen.

Kristin Hannah, who is best known as a writer of suspense novels, delivers well. Her main characters are well formed and original, her minor characters are stock in nature, but not annoyingly so. The story moves quickly even as the timeline moves so slowly. Will the allies ever land in France and relieve these people? When will Patton liberate their town and save Vianne? 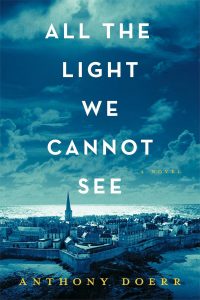 The story braids the lives of two children: one German, one French. Werner and his younger sister are raised in an orphanage. Their father, a miner, died years ago when a mine collapsed. Marie-Laure is the blind child of a widowed key maker at the natural history museum in Paris.

Both Werner and Marie-Laure are brilliant. Werner is enormously curious and has a natural talent for electronics. He builds a radio from rummaged parts at the age of 8. Marie-Laure travels to work with her father every day and spends those days either reading Braille or listening to the museum professionals explain their collections.

As the war approaches and then grinds on, we anticipate that the two must cross paths, but how, when, where?

Anthony Doerr has not only authored a fabulous story, one that keeps us reading even as events move slowly, but he has also done a masterful job of developing characters; even Werner’s colleagues in a German army unit are richly developed. This is so much than a story, however. This is about the light we cannot see.

So, I have to hand it to my sister and cousin. They did me right. Two great recommendations.