Generals and their battles

When Paul O’Connor went traveling during his recent break from professorial duties in Chapel Hill, he took some serious reading matter along for company.

Time to scratch “general” as my next career possibility. Generals invest too much effort with politicians. Did that in my first adulthood.

In these two books, consumed concurrently over spring break, one read, one listened to via audible.com, the authors report on generals who, although separated by 170 years, had to fight not only an armed enemy but also their supposed political leaders. 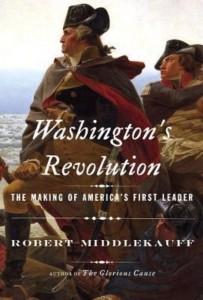 When George Washington took control of the continental army on the heights above Boston in 1775, he was charged with building a national army for a nation that didn’t exist, out of civilians who neither understood, nor adhered to, the concept of military discipline, doing so while answering to a civilian body that had little authority and less treasure.

In Washington’s Revolution, author Robert Middlekauff details something most American school children learn young: Washington had to scrape and scrounge for food, weapons, clothing and shelter for his army, and all the while individual soldiers were prone to desert or reject re-enlistment. He pleaded with the Continental Congress for resources and got less than the bare minimum.

Congress could provide no more. It had no taxing power; that rested with the states, a collection of political entities that did not yet consider themselves a political union. 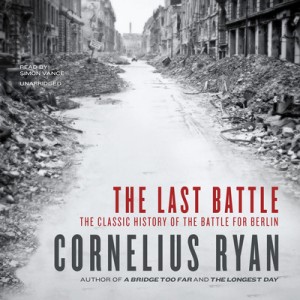 As 1945 opened, Gen. Dwight David Eisenhower, supreme commander of the Anglo-American armies, not only had to get his forces across the Rhine, through the industrial heart of Germany and into the capital, but he also had to hold together a fractured coalition.

Eisenhower had to balance the competing interests and egos of a dying President Franklin Delano Roosevelt at home, British Prime Minister Winston Churchill and French leader Charles DeGaulle. He had to coordinate with the approaching Soviets and their despot, Josef Stalin. And just to make matters worse, he had to babysit his two gifted prima donnas, U.S. Gen. George Patton and British Field Marshal Bernard Montgomery.

On the Russian front, the two leading generals, Marshal Georgi Zhukov and Marshal Ivan Konev, were in a race to Berlin, desperate to beat each other, the Americans and the British, all the while wondering if Stalin favored the other or might have him executed at dawn.

But the general for whom Ryan’s readers undoubtedly, and surprisingly, come away with the most sympathy has to be the German, Gotthard Heinrici, commander of Army Group Vistula on the Oder front to the east of Berlin.

Here he is, doing his best to defend his country, and he has to deal with a delusional Hitler who makes a series of ill-considered and disastrous – to the German side – decisions as the Soviets approach Berlin. (Americans are well aware of Hitler’s missteps during the Normandy landings. Ryan informs us that his poor choices continued through to the end of the war.)

While Middlekauff’s book is finely researched, it is a slow read. And, after reading the much more engaging Washington histories written in recent years by David McCullough, Joseph Ellis and Ron Chernow, I really found myself asking how Middlekauff found a publisher. If there is something new in this book, I missed it. And Middlekauff brings nothing to the storytelling tradition of Western civilization.

On the other hand, Ryan’s book, which I started but never finished as a high school freshman, is every bit as compelling as the first two members of his World War II trilogy, “The Longest Day” and “A Bridge Too Far.” And this audio version is fabulously narrated by Simon Vance. It is worth a read (or listen) today, even if newer histories of the last battle may include historical records unavailable to Ryan 50 years ago.