Where the fire always burns

Happy New Year, at last! Bob Moyer is back from wherever he’s been when he wasn’t writing book reviews. That’s always cause for rejoicing. 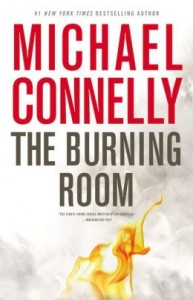 Harry Bosch has been an L.A. cop so long it’s easy to forget he was the pioneer who brought Raymond Chandler’s “mean streets” into the modern era. He’s had an office in the PAB just down from the OCP for ages, and been delivering criminals and papers to the CCB for so many novels that many of his fans can tell you what all those initials mean.

In this latest book, Harry is about to come to the end of an acronym  – DROP, or Deferred Retirement Option Plan. As he is on his way out, he gets a slick-sleeved, no-striped, no-experience partner on her way in. He’s not sure why, or whether he can handle it, but the minute she’s assigned to him they are assigned to an unusual case in the Open Unsolved Unit.

The only piece of evidence in a sniper shooting 10 years back was an inaccessible bullet fragment lodged against the spine of the victim. Only now, upon his death, is the bullet available. Taking that piece of lead, yellowing newspaper clippings, fading files and failing memories, Bosch and his new partner, Soto, set off. It’s not too long until the evidence leads them to the top of the political landscape in L.A., involving some big-time players. Harry quickly figures out that’s why he got the case and his new partner – to close out the case and open her eyes to the tenets of good investigation. One of the sage pieces of advice he passes on comes as they consider the volatile situation they have uncovered. He tells her to keep something off the record “Because it’s a hot door and we have to be careful. You never open a door on a burning room. You approach cautiously…”

Soto follows his lead, to Harry’s great satisfaction. She’s also following unsolved leads to another case, an arson that only she survived as a child. It’s the reason she joined the force, to ferret out the perpetrators of the fire. Harry decides to help her because she’s his kind of cop, a good one who ”…had that hollow space inside. The empty place where the fire always burns. For something. Call it justice. Call it the need to know.”

On their way to solving both cases, this odd couple move through a narrative that at times is as slow as the traffic on the 405 freeway they keep getting caught in. Even then, however, the author makes it interesting by bringing us into Harry’s thoughts. When sitting on a bench overlooking the Hollywood Hills, for instance, he isn’t thinking about the scenery; he’s thinking about “…murder and the kind of people who pay others to kill their competitors and enemies… He wondered how many were out there among the billion lights that glowed up at him through the haze.”

As happens many times in a Michael Connelly book, the case is solved, but not resolved. When everything is said and done, Harry makes a big exit, but the author does not close the door on his protagonist’s possible return to once again head down those mean L.A. streets, looking for justice and a good lunch.