Steve Wishnevsky, who knows a lot about the subject, takes a look at a classic collection by one of the giants of science fiction and fantasy.

The late Jack Vance, who died in May, was one of the treasures of science fiction and fantasy, and this is his masterwork. The term SF&F is applicable in whole, because Vance covered all the bases, the outfield, and a few games on other planets at the same time. Not one to be pent within boundaries. 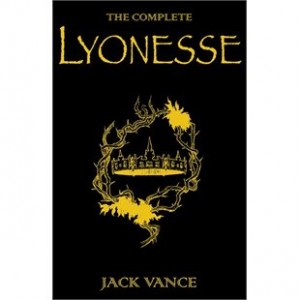 The Lyonesse trilogy – Suldrun’s Garden, The Green Pearl and Madouc – is set in the “Elder Isles,” a since sunken land in the Atlantic, just off Cornwall in late Roman times. It is not Atlantis, but it contains the land of Ys, which may become Atlantis. Lyonesse comprises warring kingdoms, some obviously Celt, some Proto Scandinavian, the nearly inhuman Ska. Others are less obvious, if more human. The story is set in Lyonesse, where King Casmir has ambitions to unite and rule all of the Elder Isles. His melancholy daughter, Suldrun, arouses his ire and is banished to a hidden seaside garden. There she rescues a lost prince, Aillas, who fathers a child on her.

The child, Druhn, is changed by the fairies for a red-haired, half-elven girl, Madouc, and Casmir, for reasons of his own, accepts Madouc as his child and princess. Aillas escapes, also unknown, and vows vengeance on Casmir.

All fairly normal fairy-tale fare, but all with the Vance accent, not to say twist. The Fairies are not innocent, or particularly eldritch. They are an earthy and lustful lot, full of tricks and occasional spite. There are wizards and trolls. Much of the book concerns the battle between several wizards and a dire witch, some of whom are deceased, but still malevolent. There are nods to the Arthurian Myths, as well as to the Holy Grail tales, although they are far richer and askew in Vance’s world. Or worlds. There are more than one.

Kings become enamored of birds, wizards are enraptured by deceased witches, and the mysterious Green Pearl has its own agenda. The final volume is largely focused on young Princess Madouc’s quest for her own identity, seemingly ignoring all the plot threads gone before, while Madouc seeks the Holy Grail with her reluctantly boon companion Sir Pom Pom, the stable boy. 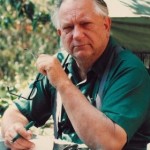 Connoisseurs of Vance know that his method is to pile confusion on intricacy, spiced with heaping ladles of color and spice, and then, when all is hopeless, matters resolve themselves with predestined glee, and all ends in rueful triumph.

A classic, not to rival Lord of the Rings, but to surpass it, in so many ways, with the ease of a true masterpiece. Vance was that master. RIP.

This entry was posted in Classics, Science Fiction/Fantasy and tagged Jack Vance, SF&F. Bookmark the permalink.