A historical novel dealing with both World Wars, a sweet love story – Jessica Brockmole’s first novel is an engaging, light novel, a good pick for entertaining end-of-summer listening or reading. 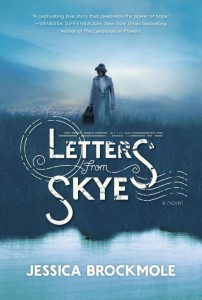 Inevitably, Letters From Skye is drawing comparisons to The Guernsey Literary and Potato Peel Pie Society, the 2008 sensation by Mary Ann Shaffer and Annie Barrows. The two books do have some noticeable things in common. Both are epistolary novels, told through letters. Both deal with World War II, although Letters From Skye is really more about World War I.

As far as they go, such comparisons can be useful. Those who like stories told through letters might well give this new book a try; those who find such stories unsatisfactory should give it a miss. Those who lament the lost art of letter writing will probably enjoy this evidence of what things were like when missives were neither instant nor brief, and people poured their hearts out in writing.

But taken further, such comparisons tend to hurt Letters From Skye. It’s not as rich, witty and wise as the earlier book. How could it be? In many ways, first-time novelist Jessica Brockmole was brave to attempt a historical novel told through letters after the great success of Guernsey.

This is a historical novel and a romance, the story of two lovers caught up in one great war, with the effects of their relationship coloring their lives and those of others during the next war.

In 1912, an American college student named David Graham writes a fan letter to Elspeth Dunn, a poet who has always lived on the Isle of Skye off the coast of Scotland. The two strike up a correspondence that seems to give both of them the opportunity to express thoughts and feelings they usually keep to themselves.

Gradually, we learn that Elspeth is married, although it’s quite a while before we know anything about the circumstances of her marriage. And we learn, too, that although she’s a wife and a published poet, she’s young, only a few years older than David, naïve and unworldly.

Through letters, David and Elspeth become increasingly close, to the point where they – and the readers – see that friendship is turning to love.  But World War I intervenes, drawing Elspeth’s fisherman husband to war. Eventually David, who has not found satisfaction and success in college, romance or career, decides to enlist in the ambulance corps in France. Their love eventually is strong enough to lead Elspeth to overcome her fears of leaving Skye – as well as abandoning her faithfulness to an unfulfilling marriage.

Letters between David and Elspeth make up much of the story. But there are also a good number of letters written by Elspeth’s daughter, Margaret, who finds herself in a romance with a RAF pilot in World War II. Though her mother warns her against falling in love in a time of war, Margaret finds herself increasingly drawn to Paul. And then she’s plunged into the family mystery after a bombing exposes Elspeth’s hidden stash of letters. Elspeth disappears, and Margaret tries to find out where she’s gone, hoping also to learn the truth about her own father and her early life. She exchanges letters with her estranged uncle, Elspeth’s brother, as well as with Paul.

It’s an engaging story, well told for the most part. Some of the plot is predictable, and though the ending is mostly satisfactory, some details about what happened to Elspeth’s husband seem incomplete.

The letter format works well, especially because Elspeth is a poet and David has a sensitive side and literary aspirations that he conceals from most people. Details about Skye and about life during both wars are worked in deftly. 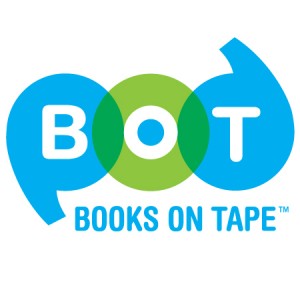 The audio book makes good use of five readers for the five letter writers, a device that helps make each correspondent’s style distinctive.

This is a good book, a charming book, but not a great book. It works very well as an audio book, and probably would be satisfying to read in print, for those who like a well told, understated historical romance.