A most dangerous woman

A historical novel based on a real character, a rollicking tale of adventures across four continents, and a heroine who’s as charming as she is incorrigible – there’s a lot to like in this highly entertaining first novel by a psychologist whose first writing credentials were earned in scholarly publications. 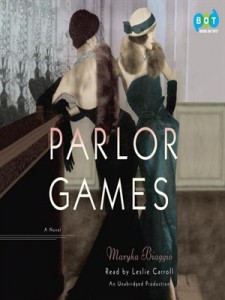 What fun. Maryka Biaggio has presented us with a thoroughly entertaining novel, whether you read it yourself or have it read to you as an audio book.

She starts with a fascinating character who was a historically real person, yet a mystery. May Dugas was a beautiful adventuress who was branded “the most dangerous woman in the world” by the Pinkerton Agency, one of whose detectives pursued her around the world. Was she a heartless, scheming gold-digger, or just a girl who’d grown up poor and was using what resources she had to make her way in the world – hoping to find love along the way?

Biaggio, a psychologist by profession, brilliantly gets inside May’s head and heart not by overtly analyzing her, but by giving her voice. May tells her own story in two interwoven threads – the story of her life, which really swings into high gear when, still a teenager, she leaves her home on Michigan’s Upper Peninsula in 1887 to seek her fortune in Chicago; and the story of her trial back in her hometown in 1917, when she’s about to turn 48. May stands accused in a civil suit of having defrauded a longtime woman friend of thousands of dollars. “You be the judge,” May challenges the reader in the opening chapter, and as her astonishing story unfolds, we find ourselves pondering more than just the charges in the lawsuit.

To travel with May is to get a fascinating tour of the world in the Gilded Age and on into the days of World War I. When she doesn’t find the immediate success and riches she had envisioned in Chicago, May takes refuge in a high-class bordello, where she learns more about the ways of the wealthy.  She uses her newfound financial security to work her way into society on her evenings off, and before long she’s engaged to a suitable young man. That’s the first of many times that her nemesis, the Pinkerton detective, thwarts her plans.

Often just one step ahead of disaster, May makes her way to Portland, Ore.; San Francisco; Shanghai; Hong Kong, Tokyo; London; the Netherlands; Mexico City, and other stops in between. Men are usually involved, more often than not wealthy men. Eventually, she marries a wealthy Dutch baron, earning a title for herself.

She schemes to increase her personal wealth, dallies with other men, fancies herself an accomplished business woman and skirts the law when doing so serves her purposes. Her beauty and quick wits bring her much of the wealth, jewels, fine clothes and high society she enjoys – until, inevitably, the well runs dry.

Traveling with May also affords an intriguing look into her psyche. Partly because of qualms of conscience, but more because of fears of retribution and penury, May at times tries to stick to the straight, narrow and respectable. But something always intervenes, and whenever she’s embroiled in questionable dealings, her Pinkerton foe has a way of showing up. If you’ve ever wondered how apparent scoundrels justify themselves to themselves, you’ll find that this novel offers a credible answer.

By book’s end, the reader has plenty of information on which to judge her. The surprising thing is that you’re likely to find that whatever you think about her actions, you’ll find that the indomitable May Dugas has aroused your sympathy, and even your grudging admiration.

This fast-moving, well-written, richly detailed book is entertaining whether you read it yourself or listen to recorded version. It’s an especially good choice for an audio book because it’s told in May’s own voice, and the accomplished Leslie Carroll brings that voice vividly to life.

This entry was posted in Historical Fiction and tagged Historical fiction, Maryka Biaggio, May Dugas, the Gilded Age. Bookmark the permalink.